With more than 1500 furnished suites in 38 Canadian cities catering to executives looking for accommodations a step above a typical hotel room, Premier Suites has a pretty good handle on the present state of the country’s economy. 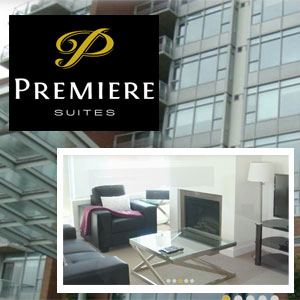 “We see all manner of industries, all levels of economic cycles, we see it all,” said Brad Krizan, Premier Suite’s western regional president.

The Calgary-based executive is on the front lines of the country’s most dynamic and fast changing economic story, namely the oil-wracked Alberta economy which suffered a secondary shock due to the wildfires which ravaged the oil sands region and Fort McMurray.

“The western provinces are where we have seen a bit of a slowdown and a shift in economic activity,” he said. Considering the past few years in Alberta, that’s an understatement.

The energy sector has lost its pre-eminent role, particularly in Alberta, but a relocation firm such as Krizan’s has no trouble keeping busy.

“There is still strong activity and a level of relocation happening. Families are moving in with us for a period of time while they are transitioning to what their long-term home situation looks like.”

The company had a pickup in business due to the wildfires in Fort McMurray and is seeing demand from the financial services sector, which has moved in temporarily after the fires.

“Quite often those are groups that are coming out to look at investment opportunities and they want to be there long enough to really understand the makeup of the business community and you can’t achieve that in a short stay in a hotel.”

In Fort Mac, where it has about 125 suites, its properties suffered no significant damage beyond superficial smoke damage and were in operation as soon as the city was reopened.

Natural disasters like the Alberta wildfires are hard to plan for but this is not the first time the company has had to scramble to meet demand, he said, noting a similar spike in demand occurred with the Alberta floods that hit Calgary hard.

Two of the company’s hottest markets for the furnished suites provider are Toronto and Vancouver, cities with a long history as Hollywood North film and television destinations – when the dollar is low enough to be attractive.

“The film industry that always ebbs and flows and we are seeing more activity in that area because of the lower Canadian dollar it becomes more attractive for U.S. productions to come up here and do business.”

IT, too, is a major driver of Premier Suites, which show up as demand in the Toronto, Montreal, lower mainland B.C. “and even here in Edmonton and Calgary,” he said.

“It seems to be project driven a little bit in companies taking advantage of a bit slower business cycle to really re-invest into systems. They have the time to really look – and I think some of it is companies are really trying to find ways to be more efficient and use their IT platforms more effectively.”

Premier Suites has regional competitors but stated it is in the only national provider of furnished suites and apartments.

Premier Suites averages about 47 nights for typical stays, with some users staying as long as two years.

The company can scale up or down its suite inventory depending on demand. In the Alberta market, “we have been on a very targeted basis, reducing our inventories so that we are really in the best locations and buildings for us.”

In British Columbia’s lower mainland, it has “selectively” been adding to its inventory.

The company works with property owners and groups of owners who have condo properties “that they want to turn over to us and run our program in.”

Currently the company offers two product types, “executive” and “essential” suites and “we are looking at the opportunity to grow in both markets.”