Property technology, colloquially known as proptech, is a collective term used to define startup companies offering technologically innovative products or new business models for the real estate industry. And there are likely a lot more of these firms than you think. 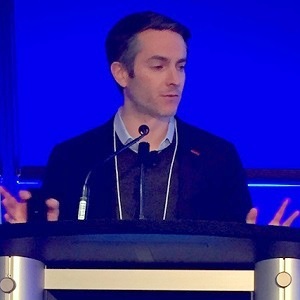 MetaProp NYC partner Zak Schwarzman spoke at a breakfast event presented by his company and the Real Property Association of Canada in Toronto on April 4. (Steve McLean photo)

“There are probably dozens of companies that you haven’t even heard of yet that are competing to get out of the basement and into your boardroom,” said MetaProp NYC partner Zak Schwarzman, who spoke at a breakfast event presented by his company and Real Property Association of Canada at Toronto Region Board of Trade’s East Lennox Hall on April 4.

Proptech applications can be found throughout the full real estate value chain, including: analysis and financing; space identification and leasing; site selection and negotiation; diligence; development and construction; process automation; space usage and management; and payments and services.

While they’ve continued to grow, several other proptech companies have also since surpassed that valuation milestone.

“The biggest pocketbooks in the world are putting money into this sector in a big way,” said Schwarzman, who acknowledged the real estate industry’s attitude toward new technology has become more favourable over the past two years.

An increased share of dollars is now going to later-stage proptech companies, as opposed to early-stage startups a few years ago. More mature firms are now getting to the point where their technology can be deployed across different portfolios and geographical regions.

While proptech was initially concentrated in California’s Silicon Valley and New York City, it’s now emerging around the world.

“Because real estate is often local, you’ll often see competing companies rising up in different markets and converging at some point in the future,” said Schwarzman. “If you look at any sub-category of real estate technology, there’s now a bevy of companies that are coming to market and competing to be the winner in that space.”

MetaProp NYC, which Schwarzman said acts as the outsourced corporate development arm for Cushman & Wakefield around the world, focuses on early-stage startups creating “tomorrow’s technology.” It tracks more than 3,000 proptech companies globally and sifts through them to find the best, especially those involved in real estate niches where little or no technology is available.

Schwarzman said MetaProp NYC runs accelerator programs, acts as an adviser and is the most active global investor in the proptech space, having invested in more than 80 companies.

“You see a lot more talent flooding in, not just from the technology sector, and not just from repeat founders, but spinning out of large real estate organizations,” Schwarzman said of the proptech landscape.

Schwarzman provided a case study of a successful proptech startup called Spacious, which monetizes dormant daytime restaurant spaces by turning them into a network of managed co-working locations. Its capital expenditures are 30 times lower than co-working darling WeWork, and it has enjoyed exponential membership growth over the past 12 months in New York City.

“It’s a great way to bring new customers into your space if you’re a restaurateur,” said Schwarzman. “It’s also incremental revenue to you for a time period when you previously made zero dollars.”