Reports suggest global investment in property technology (proptech) has grown from $1 billion in... 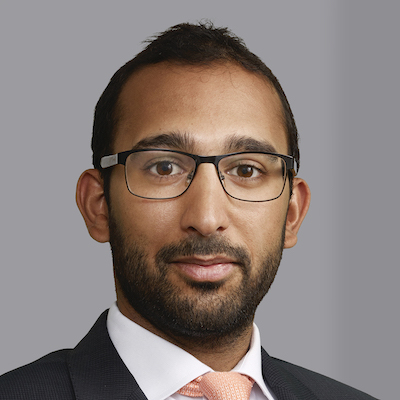 Aly Somani is a partner and co-chair of the emerging companies group with Cassels law firm. (Courtesy Cassels)

Reports suggest global investment in property technology (proptech) has grown from $1 billion in 2012 to $18 billion in 2018. As it becomes more pervasive, however, so do legal concerns about how it can affect privacy.

“Proptech is such a large segment and encompasses many verticals within it,” Aly Somani, a partner and co-chair of the emerging companies group with the law firm Cassels, told RENX.

“More and more sophisticated investors are entering the space and raising funds to invest specifically in proptech plays.”

Somani works with companies in the proptech space and investors interested in proptech firms.

He’s also a property owner, so he has a personal stake in understanding how the intersection of technology and real estate can improve the bottom line.

Proptech can have major benefits

Futuresource Consulting principal technology analyst Simon Forrest said in a December 2019 Inside CI article technology-driven smart buildings have the potential to save more than $236 billion US a year in energy costs and reduce carbon dioxide emissions by the equivalent of 1.98 gigatons.

“To get there, we are seeing the use of drones in building and managing real estate,” said Somani. “We are seeing artificial intelligence operating all aspects of a building, from the lights, elevators, HVAC system, et cetera, along with the increased use of sensors to better fuel AI.”

It is just one benefit which can be derived through the development and adoption of property technology platforms, which can create major improvements in efficiencies, speed up processes such as leasing or sales transactions and provide real-time performance and space utilization information.

However, this proptech innovation and efficiency is driven by the collection of data. Companies in the space need to be cognizant of, and able to provide reasonable justification for, the data they’re gathering, Somani said.

They must also ensure that data is safely being stored.

As part of its efforts to promote a competitive, data-driven digital economy, the federal government launched public consultations in June 2018.

The goal is to better understand how Canada can drive digital innovation, prepare Canadians for the future of work and ensure they have trust and confidence in how their data is used.

Governing use of data and personal information

Canada’s new Digital Charter was introduced in May 2019.

An initial set of actions that will serve to implement the charter’s principles, highlighted by proposals to modernize the Personal Information Protection and Electronic Documents Act that governs the use of data and personal information by private entities, was also announced.

“Canadians must be able to trust that their privacy is protected, that their data will not be misused, and that the companies operating in the space communicate in a simple and straightforward manner with their users,” the government said.

These moves signal that Canada is moving closer to a regime similar to the General Data Protection Regulation, which aims to give control to individuals over their personal data and to simplify the regulatory environment for international business by unifying the regulation within the European Union (EU).

It also addresses the transfer of personal data outside EU and European Economic Area regions.

“Privacy legislation is catching up and we will see big developments in the coming years,” he said.

“A proptech company should take the time and engage with good counsel to ensure that they have an appropriate privacy policy that works for them and was not just pulled off the shelf without thought.”