Consolidation is coming in the property technology industry as adoption hits a critical mass thre... 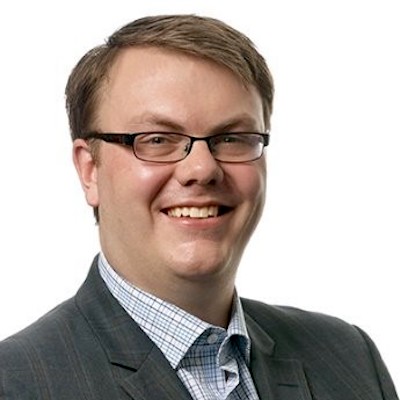 Consolidation is coming in the property technology industry as adoption hits a critical mass threshold, according to the Altus Group CRE Innovation Report 2020.

“While the proptech landscape has exploded with a huge proliferation of new, enhanced and competing technologies, CRE executives now believe the timeframe for these technologies to start gaining traction and deliver results starts now, with proptech consolidation a necessary outcome,” says the report.

It also says 89 per cent of CRE executives who took part believe significant consolidation is needed for proptech to more effectively deliver on the needs of the industry. Forty-three per cent of respondents said it is already underway or will occur within 12 months.

Areas of proptech most likely to experience consolidation include property management, property transactions and listing services, and financing and lending firms.

Over the past five years, the proptech landscape has evolved rapidly. Thousands of start-up ventures and new technologies have emerged – many yet to be proven and still seeking critical mass adoption, says the report.

“What was only a few hundred proptech providers a few years ago has now exploded to approximately 5,000+ by some estimates, and the result has been a huge proliferation of new, enhanced and competing technologies resulting in added complexity, confusion and uncertainty within the industry,” it reads.

“There comes a point where it starts to make economic sense to consolidate those vendors and leverage some economies of scale in terms of how their sales and marketing channels function. So, there’s a structural trend to it,” he said. “More consistently to commercial real estate, there is a view that consolidated vendors are in a better position to provide the ongoing support that organizations need.

“They would prefer to work with a smaller number of vendors that are going to collaborate amongst each other rather than having to do a lot of systems integration themselves.

“From our point of view, it’s a trend that is already sort of midstream.”

Other key findings in the report

The survey, which was compiled via a global survey of 400 CRE executives, also reports:

* 53 per cent of established CRE firms are proptech investors, either via direct equity or debt investments, in at least one type of proptech firm;

* 61 per cent say online marketplace platforms are gaining significant traction and will have a major disruptive impact on the industry;

* 63 per cent of CRE firms have used an online lending marketplace for a recent transaction and 79 per cent are planning to increase their use in the future;

* 75 per cent of CRE executives say automation will eliminate jobs;

* 71 per cent say automation presents an opportunity to introduce new types of jobs within the industry and 67 per cent say it will shift jobs toward higher value-add tasks;

* 45 per cent of CRE teams are spending at least 15 per cent, to over 25 per cent, of their time managing and organizing data, which is equivalent to two to three months of the year;

* eight out of 10 CRE firms have a chief data officer or equivalent senior executive overseeing data strategy and governance. In Altus Group’s 2016 research, 44 per cent of firms surveyed indicated a lack of executive sponsorship;

* 87 per cent of CRE executives believe global CRE data standards will eventually be adopted. However, numerous obstacles were identified including a lack of standardized data definitions, privacy and data protection regulations;

* and 50 per cent of executives believe 5G wireless will create major disruptive impact on the CRE industry with 81 per cent saying it will support increased “smart city” development.

“CRE continues to rapidly accelerate its digital transformation and despite the growing complexity stemming from the proliferation of data, the industry is clearly shifting from a stage of ‘trial and testing’ to one of practical innovation to solve their current challenges today,” said Bob Courteau, the chief executive officer of Altus Group, in a prepared statement when the survey results were released.

“At the same time, continued automation and significant proptech consolidation will both have a major impact and deliver considerable opportunities for the industry.”

* The 3 biggest 5G myths, and the truths behind them

* Canada’s industrial buildings of the future being built now