PRO Real Estate Investment Trust (PRV.UN-X) will spend $51.6 million to purchase 19 commercial properties in British Columbia, Alberta, Saskatchewan and Ontario, the majority of which are anchored by Rexall pharmacies. 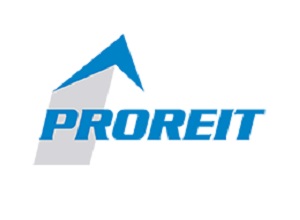 The properties include stand-alone drug stores and community service centres. The transaction is expected to close before Dec. 31 and is subject to customary closing conditions.

“This is a major transaction for PROREIT. The acquisition of this portfolio represents a significant growth milestone, bringing our total assets to more than $350 million,” said James W. Beckerleg, president and CEO of PROREIT, in a release issued Thursday.

“The acquisition of the Rexall portfolio follows the REIT’s strategy of investing in properties with strong national and international tenants committed to long-term leases to ensure a strong foundation underlies core cash flows.

“The transaction increases our occupancy rate, extends our average lease term and establishes a national footprint for the REIT for the first time on a basis that is accretive to unitholders.”

Location of the properties

The portfolio includes five properties in B.C. (including Courtenay), nine in Alberta (including Lacombe and Sylvan Lake), four in Saskatchewan (including Regina and Moose Jaw) and one in Ontario (Kingston). The rest are in other commercial hubs in British Columbia, Alberta and Saskatchewan.

Fourteen are Rexall Pharmacy Group-anchored, representing approximately 72 per cent of the portfolio net operating income. Five others are anchored by other strong tenants including Shoppers Drug Mart.

As a result of the transaction, Rexall becomes the REIT’s largest tenant, contributing 11 per cent to its base rents.

The portfolio has a total gross leasable area of 172,677 square feet. It also has tenants committed to long-term leases, with a weighted average of 9.2 years, and 10.7 years for the Rexall drug stores.  The occupancy rate is 99.25 per cent.

The purchase price represents a going-in capitalization rate of 7.1 per cent.

It’s been a busy 2017 for PROREIT, which has acquired more than $110 million worth of properties so far. This transaction alone represents a 15 per cent increase in its total asset value.

This all comes after Beckerleg told RENX in an interview earlier this year PROREIT is in its most liquid position in several years.

The new properties are to be financed by a $38.7-million first mortgage at an estimated annual interest rate of approximately four per cent comprising a mix of five-, 10- and 15-year terms, and from lines of credit.

Portions of the lines of credit were freed up from partial proceeds of PROREIT’s latest equity offering completed in June 2017.

“We continue to pursue our objective of creating a larger-capitalization real estate investment trust by acquiring strong commercial real estate in locations that include communities outside of Canada’s largest urban centres,” Beckerleg said. “The Rexall Pharmacy Group properties are excellent examples of these strong commercial properties that provide critical services and goods to the immediate and extended community.

“Such properties provide our portfolio with a stable asset base that generates predictable and steady distributions for our unitholders.”

PROREIT is an unincorporated open-ended real estate investment trust based in Ontario. It was established in March 2013 to own a portfolio of diversified commercial real estate properties in Canada, focusing in Québec, Atlantic Canada and Ontario with selective expansion into Western Canada.