Derek Lobo is on a mission to get more developers and real estate investors involved in the purpose-built multi-family rental business across Canada. 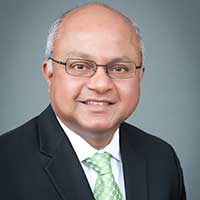 The founder and CEO of SVN Rock Advisors Inc. believes most Canadian markets are under-served and he’s not just talking about major centres.

Massive housing price increases have created surges in demand for rental units in places like the GTA and Vancouver. They are attractive targets, though Lobo says they are also not the only places companies should look if they want to break in to the sector.

“Design a better building that will ultimately make more money,” said Lobo, speaking to more than 100 real estate professionals and investors during a presentation just prior to the Vancouver Real Estate Forum.

Even with the prospect of rent controls being expanded in Ontario, Lobo says developers and investors can still get into these markets with new projects and make a profit. He said developers need to set their rents correctly from day one with good market research and patience during the lease-up period.

“Where you get to have an impact is on the rent,” he said, which helps the developer “set the culture for the building.” Even relatively small differences in rents paid at lease-up will have significant impacts on overall revenues down the road.

The issue of tight rental markets will be front and centre again this week on the other side of the country. The Toronto Land and Development Forum on Wednesday at the Metro Toronto Convention Centre features several panels either devoted to rentals and purpose-built issues, or which will be touching on the sector during the day-long program.

Lobo’s message in Vancouver focused on market research and tactics to maximize rental returns from day one – an issue which will be increasingly important in markets such as Ontario when rent controls are expanded.

The market for purpose-built extends well beyond just people who would like to buy, but are unable to afford the prices. And, he contends, these are among the most under-served demographics.

“Not everybody wants to own. That is a misconception, that people only rent because they have to. We call them shelter renters,” Lobo said. “There is also the discretionary renter. There are the people who could buy the condo you are building, but they are choosing to rent for lifestyle reasons.”

He cites both seniors who are moving out of their homes and downsizing, but who still want a high quality of life, as well as younger adults are also more interested in lifestyle than immediately purchasing a home.

In the case of seniors, Lobo said in a study of the Okanagan Valley, he discovered the “best building in town” charged about $800 per month in rent. Yet there is a six per cent vacancy rate in the area.

“Even if they drop their price, I am not living there because it is not the quality I want.

“There are a lot of older people living in small towns who want to live in that smaller town, that is where they grew up, they’ve got good income, their house is not worth what they are in Vancouver but they want to stay in that town. The quality of rental (available) just isn’t good enough.”

“Give him the product he wants, and he will pay more for it.”

Again, he returns to the subject of research.