Qualex-Landmark is ‘King of the Beltline’ in Calgary

Vancouver-based real estate developer Qualex-Landmark discovered Calgary’s inner-city Beltline neighbourhood just over a decade ago and it’s been a love affair ever since. 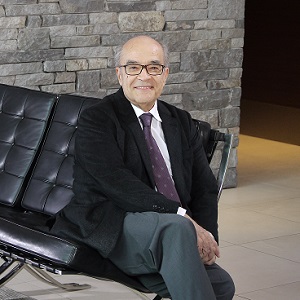 The company launched its first residential condo high-rise in 2006 and has since become the unofficial King of the Beltline. Qualex-Landmark has been involved in numerous projects in the trendy, urban area which is situated just outside Calgary’s downtown core.

Company president Mohammed Esfahani said his introduction to the Calgary market began when a friend had tied up a site in the city, but wanted to sell it.

“We were both, me and my partner, optimistic. We bought that first site and we built that and then we gradually bought the rest of the block and built three condos.”

The draw to those properties was the proximity to Calgary’s central business district. Just a few minutes walking distance to the heart of the city, the Beltline has become a natural location for a growing number of people to live, work and play.

Qualex-Landmark has been sufficiently savvy to pick up on that trend and capitalize on the expanding market of people wanting to live near downtown – everyone from young professionals to young families and older people who have retired and are downsizing their housing needs.

The City of Calgary has also promoted quite extensively over the years the need for more densification, particularly in the inner city.

Over the past 12 years, Qualex-Landmark has completed the following projects in the Beltline:

The Park Point project, located at the corner of Second Street and 12th Avenue S.W., across the street from Central Memorial Park and the Memorial Park Library, is also slated to include a second tower with about 230 units in its 26 storeys. The first Park Point tower is about 80 per cent sold.

Qualex-Landmark is responsible for the construction of more high-rise residential communities in Calgary’s Beltline than any other developer, with projects accounting for more than $400 million in real estate value and more than 1,000 homes in the past 12 years.

“I think downtown Calgary did, and will need, condos. The weather is so cold and people have to drive to come to work. It’s not easy in the cold weather,” said Esfahani. “A lot of the purchases we have, if they’re retired it’s still a lively area and if they’re working the location is just great with its proximity to downtown.”

The developer is not done with the Calgary market, as he sees potential for future growth.

“There are other sites we are looking at. We haven’t purchased anything. Probably between now and a year is a good time to buy. It’s mostly downtown,” said Esfahani, adding the company is not keen on expanding its reach beyond the inner city in Calgary.

The real estate industry in Calgary was hit hard in the past few years after oil prices began to fall in late 2014. As corporate downtown Calgary felt the blow, thousands of people were laid off and the economy went into a tailspin.

The city, which had experienced good economic times leading up to 2014, was now in the position where it suffered through two tough years of a recession in 2015 and 2016. The economy rebounded with a stunning 6.9 per cent growth rate in 2017, according to the Conference Board of Canada, but will slow to 2.5 per cent growth this year.

Esfahani, with partner Reza Navabi, formed Qualex-Landmark in 2002. Navabi passed away just over a year ago.

The company’s residential developments have been focused on the Calgary and the Greater Vancouver Area markets. It has built between 25 to 30 buildings since its inception.

Esfahani said the company will continue to focus on those two major markets.

When asked if Qualex-Landmark foresees expansion to other markets in the country, he said: “Most likely not. I think two markets is enough for a company of our size.”