Due to current regulations, it takes 41.7 years to recover renovation costs compared to seven or...

Due to current regulations, it takes 41.7 years to recover renovation costs compared to seven or eight years in the 1980s, says a group that represents Quebec’s 25,000 landlords. 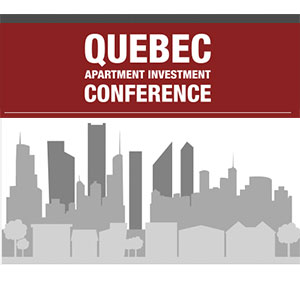 That figure surpasses the lifespans of the renovations, Hans Brouillette, director of communications and public affairs at the Corporation de propriétaires immobiliers du Québec (CORPIQ), said at the Quebec Apartment Investment Conference in Montreal on Feb. 16.

The landlords group is calling for the cost of renovations to be amortized over 15 years rather than the current 41.7.

The suggested rent increase guidelines for renovations are published by the province’s rental board, the Régie du lodgement.

The annual estimates suggest how much landlords should increase the rent depending on such variables as the type of heating system and whether major renovations were done.

Under the current rent control guidelines, apartment owners recover about $2 on every $1,000 invested in renovations, said Mylène Forest, general manager of COGIR Real Estate, which operates the giant Rockhill Apartments complex near Mount Royal. However, owners don’t have a choice but to renovate in order to restore aging apartments and remain competitive.

Forest also noted tenants can take recourse against landlords if the renovations disturb their quality of life. She said in one case the rental board gave tenants a rent reductions of 25 per cent for balcony repairs that took two months. Brouillette noted tenants have also been granted rent reductions of 15 to 40 per cent because of dust and noise during renovations.

The published guidelines have a “powerful impact” on tenants who are often misinformed about their meaning, Forest says. They complain rent increases surpass the norms provided by the rental board when, in fact, the estimates are meant to be interpreted as recommendations.

“They come convinced ‘you don’t have the right, madam. I heard it on the radio.’ It’s very hard to fight against.”

Suggested rent increases less than one per cent

Brouillette says the fight to get the board to quit publishing the annual estimates “is one of our main issues.”

After a 25-year fight, CORPIQ recently convinced the rental board to quit publishing the annual rental increase estimates tenants often use to contest their increases.

However, three weeks later, Municipal Affairs Minister Martin Coiteux ordered the rental board to publish the rates for 2017.

According to CORPIQ, Coiteux bent to pressure from tenants groups in reversing the decision. Hundreds of letters were sent to Coiteux calling upon him to reverse his decision.

The estimates do not include increases in property and school taxes or the cost of renovations done in the unit or building.

CORPIQ says the guidelines are erroneous and a form of misinformation that results in unnecessary conflict between owners and tenants.