The roots and passion for real estate began at a young age for Scott Hutcheson and his brother Bl...

The roots and passion for real estate began at a young age for Scott Hutcheson and his brother Blake. 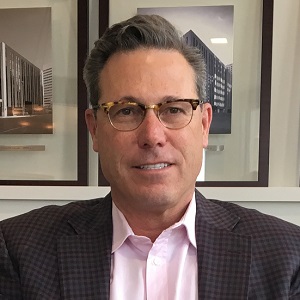 It was only natural the two high-profile Canadian corporate real estate executives would follow careers in the industry.

“And my dad developed some land on some waterfront, a shoreline, that was timber land that he saw the opportunity to pull some of the timber off it and develop the waterfront. That conversation was going on when I was seven and Blake was eight.

“And the two of us heard land values and waterfront development values and opportunities to do something different with real estate. And it was started that young and it affected both of us. I think we grew up at breakfast hearing about land value.”

Today, Scott Hutcheson is executive chair of Aspen Properties in Calgary and chair of the Calgary Olympic Bid Corporation for the 2026 Winter Olympics and Paralympics and Blake Hutcheson is president of OMERS.

Scott Hutcheson’s rise to the top as a big player in Canadian real estate was a long journey that initially took him to the United States. He didn’t finish high school because he joined the Canadian ski team in 1978 as a development team member. He skied mostly slalom and giant slalom, competing in world championships and World Cups. His ranking was somewhere in the 40s in the world.

At the age of 23, he left skiing and did a General Educational Development (GED) exam for a high school graduation equivalency diploma, then attended the University of Utah on a ski scholarship in 1982. Hutcheson was a first-team all-American in the NCAA and helped the school win the NCAA championship in his freshman year, but due to new age restrictions was then ruled ineligible to compete.

“I got an eligibility decline for my second year and it broke my heart,” he says. “I wanted to complete four years with my undergrad. The coaching staff thought I had a pretty good attitude, so they asked me to join the coaching staff and coach the women’s team which allowed me to stay in school and pay for my education.”

He graduated with a finance degree from Utah, which won four NCAA titles in the five years Hutcheson was involved as an athlete and coach.

From there, he went to Wall Street in New York City for a job with Goldman Sachs as a junior investment banker, spending two years in its program. He went back to grad school and did a Masters in real estate at Columbia University.

Hutcheson’s journey then led him to Toronto where he worked for DEVCON Associates. He was sent to Florida to run a residential golf course community, which “gave me my first true operational experience in the real estate business as opposed to finance, acquisition, analytics.

“But, I was getting itchy and I wanted to do my thing or be more in control of my thing and have a piece of the equity. A guy on the West Coast was looking to start up a business with an entrepreneurial type and share some of the equity.

“He had a little capital here in Calgary and he asked me to come and start up a real estate company which turned into Aspen,” says Hutcheson.

Hutcheson moved to Calgary in 1998 to run Aspen Properties and within a couple of years the business grew from a $9-million asset to $100 million in assets. In 2000, Aspen acquired a significant block of shares of publicly traded Consolidated Properties Ltd., adding a portfolio of 42 commercial properties across Canada comprised of office, retail, industrial and residential assets.

“It was a crazy mix-match across the country of different assets and we didn’t fall in love with any of them, so we re-positioned all 42 assets and diverted all that capital to downtown office in Calgary,” said Hutcheson.

“My view is I’m not smart enough to do everything. I would prefer we do something really well than a few things almost really well,” Hutcheson said. “It was our view in the early 2000s that a lot of the buildings in the downtown were owned by private investors, not so institutional as it is today, and we wanted to get ahead of the institutional curve where we figured that there was value to be added to older assets and reposition that in some way.

Aspen Properties has weathered the economic storms in Alberta, the up-and-down cycles due to an economy dependent on the oil patch and volatile oil prices.

“You take more risk by being a specialist and we’ve acknowledged that over the years, but if you’re a specialist in this city and there are few other CEOs that are specialists in this city in this product, we’re going to see some opportunities maybe before others,” said Hutcheson. “We were smart and lucky in 2008. We sold a billion dollars of Aspen’s assets right at the peak of the market.

“The market has not come back to those valuations in a decade and in this asset class, they won’t for possibly another decade. So right at the peak of the market, we sold more than half of our portfolio and we looked really smart for doing that. You make a call. Maybe you make one of those right in your lifetime. We made that call.”

“Our view is if we decided to be very focused with one product type, one sector basically and one region of the country, you better be on the ground understanding that really well. And we’ve done that well,” he explained. “Today, many of our assets would still be more valuable than when we bought them.

The downtown Calgary office market has gone through a tough time following the oil price collapse in late 2014, which led to recession years in 2015 and 2016. The economy has rebounded, but it’s a slow recovery and the market still struggles with a vacancy rate of about 25 per cent.

Has Calgary market hit bottom yet?

“We may not be quite at the bottom today. You saw Crescent Point’s announcement (recently),” said Hutcheson, speaking of the Calgary energy company which said it is laying off 17 per cent of its workforce. “That was pretty alarming to me. . . . If you get more of those, then we aren’t at the bottom (yet). Are they the only public oil company that’s going get restructured? At this point in the cycle, maybe not.

“So there may be a little bit more downside than we wanted. I don’t think it’s immense. I think we’re close to the bottom of the cycle.”

When Aspen sold those assets in 2008, Hutcheson felt like it was his duty to give back to the community.

He became involved with charitable board work. He was co-chair of the Lake Louise World Cup for many years. He was on WinSport’s board (formerly Canada Olympic Park) for more than a decade.

He was also on the board of the Opportunity Calgary Investment Fund. Hutcheson is currently also chair of Arts Commons.

“My history as a ski racer taught me a lot,” he said.  “What I learned from that has served me well in my business career. The intersection point of what I think an Olympic and Paralympic Games could do for Calgary would be remarkable both in terms of economic impact and the social aspects and the branding of our city.

“And let’s not forget what the Games can teach us in terms of recreation and a healthy lifestyle and the rejuvenation of so many of the facilities that have aged since (the Calgary 1988 Winter Olympics).”

A Nov. 13 plebiscite in Calgary will determine whether the city proceeds with a bid for the Games.