After year of record land sales, GTA soars into 2018: Altus 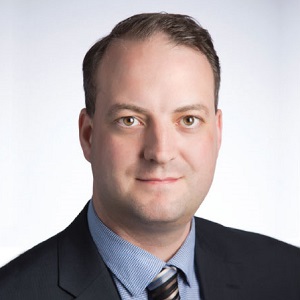 He gave that rosy forecast in front of a large audience at Toronto’s Ritz-Carlton Ballroom on Jan. 26 as part of the company’s 10th annual state-of-the-market event. Boukall touched on the residential, industrial, office and retail sectors during his presentation.

Among the highlights, he noted there was a record $10 billion in land sales and another record $12.8 billion in improved property sales during the year.

Residential land sales are expected to be strong in 2018, although higher prices and policy changes have introduced more uncertainty to the market. High-demand areas are likely to remain expensive, which could push some developers to seek more affordable options outside of traditional core areas.

Residential intensification is starting to take hold at some shopping malls. Boukall pointed out plans for 2,891 units at Galleria Shopping Centre, 1,132 units at Bayview Village Shops and 1,496 units at Yorkdale Shopping Centre. Other similar opportunities exist, he added.

A record 36,429 condo units, with a record benchmark price of $716,000, were sold in 2017. That left a record low inventory of just 7,916 units, which represents less than three months of supply, based on the monthly pace of sales over the previous 12 months.

Seventy-one per cent of the new homes sold in the GTA were condo units, compared to 51 per cent in 2016.

While new condo apartment sales are expected to remain strong, surpassing 2017 levels will be a challenge due to a lack of supply and rising prices. Some end-user buyers who’ve been looking to the sector for more affordable homes are now starting to be priced out of it.

“The decline isn’t because the demand isn’t there, it’s because of affordability challenges,” said Boukall.

While more than half of new single-family homes being built today cost more than $1 million, Boukall said price growth in the sector is moderating.

There were approximately 40,000 new housing development applications in 2017 (about half for one-bedroom units), which is merely keeping up with demand and treading water, according to Boukall.

“Altus Group data shows that home-buying intentions remain strong in the GTA despite the many roadblocks that have been put in potential buyers’ way due to factors such as price escalation in recent years, rising interest rates, tighter lending criteria and additional stress testing,” said Boukall.

“Data centres and distribution companies are both looking for the exact same space,” said Boukall. “They need locations close to population centres and where people work.

“With that competition, we’re seeing for the first time in a generation actual rent growth for industrial space across the GTA.”

There’s 6.6 million square feet of new office supply under construction in the GTA.

“It looks like a lot of space but, in reality, it’s only 3.6 per cent of inventory,” said Boukall. “The balance of the product that’s under construction today is already seeing strong pre-leasing activity.”

The overall office vacancy rate across the GTA is 8.9 per cent, while it’s under six per cent in downtown Toronto.

Boukall expects co-working office space to make more inroads throughout the GTA in 2018, as low vacancy rates lead to higher rents. It’s gone beyond the domain of downtown technology-based startup firms and is now being used by major companies including RBC, TD Bank, Google and IBM.