Reetu Gupta has been named chairwoman and ambassadress of The Gupta Group, succeeding her father... 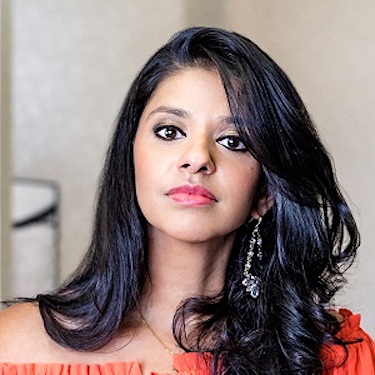 Reetu Gupta has been named chairwoman and ambassadress of The Gupta Group, succeeding her father and company founder Steve Gupta, who will stay on as executive chairman.

The Gupta Group is the parent company for the Gupta family’s global investment portfolio, including The Easton’s Group of Hotels, Gupta Group Mining, Gupta Group Developments, Rogue Insight Capital and more. The privately owned firm has more than $1 billion in assets and more than 3,000 employees across its holdings.

The transition has been in the works for a few years; father and daughter have attended conferences together to prepare for the succession and Gupta studied the subject while earning her masters of business administration degree from Schulich School of Business in 2008, she told RENX.

“The transition from the first to second generation is very difficult. I’m really proud of my dad because he thought about it and took the steps earlier than most businesses.”

Gupta has held a variety of positions within the company, most recently as chief executive officer. There are no immediate plans to name a successor to her for that role.

“As CEO, I was largely focused on the operations of all of our companies,” said Gupta. “Now I can take a step back and take a look at the entire company and the strategies.”

Gupta said her father is still working with the real estate development part of the business, but will be shifting his focus to more strategic elements.

“I’ve been trying to diversify the company since 2012, which is when I created and founded The Gupta Group,” said Gupta. “We started off as Easton’s (Group of Hotels) because the first real estate my dad purchased was already called Easton’s.

“That was in the ’80s and my dad felt uncomfortable using our name because it wasn’t as recognized and Easton’s was very easy to say. In 2012 I talked to my family and said it was time that our name was recognized. ‘It’s 2012, we’re in Toronto and Canada, one of the most diverse countries in the world.’

Easton’s Group is building a Hilton Garden Inn and a Hampton Inn in the same seven-storey building at 616 Applewood Cres. in Vaughan.

Approval is being sought to develop three residential towers at 7028 Yonge St. at Steeles Avenue in Thornhill, which would include 1,902 residential units, a 200-room hotel and retail space in a seven-storey podium.

The Guptas would eventually like to expand the hotel portfolio into the United States and then further afield internationally.

Rogue Insight Capital is a venture capital and alternative asset investment fund that provides companies with strategy, direction, capital and networking opportunities. Its primary mandates include investing in companies with female, immigrant and visible minority founders, as well as those that are making a social impact on their community.

The 39-year-old Gupta has become one of the few female chairs of a major Canadian company. While she said she hasn’t consciously set out to become a role model for other female executives, she’s happy if some consider her one.

“I’m definitely a strong advocate for women in business and women entrepreneurship. I’m a brand ambassador for the Women’s Executive Network. Through that, I do a lot of talks on mentorship and entrepreneurship and advising women on how we can help them achieve their goals and career paths. I also mentor women on my own on the side.

“At our company, I started a project called Project Lotus, which was first launched specifically for women and then we opened it up about a week later to everyone to allow them to get advice from other people at the company.

“We got a bunch of our executives to sign on as mentors and we had so many people sign on to be mentees, which was fantastic. Whenever I can help women, I’m the first one to jump in.”

That approach also carries over to philanthropic endeavours. Gupta relaunched and renamed her family foundation in July 2020, with the goal of promoting empowerment and education, and she calls philanthropy “my pride and my passion.”

The Gupta Family Foundation partnered with the Sawiris Foundation for Social Development in Egypt to create a funding program that enables female entrepreneurs to scale their businesses.

The Gupta Family Foundation financed the development of solar-powered schools in a refugee settlement in Bidibidi, Uganda in partnership with the United Nations and the Simbi Foundation.

Two schools opened in April and two more are under construction.

“During COVID, we also donated 400 tablets to rural schools in Jamaica,” said Gupta. “These poor kids were doing school remotely and, if they didn’t have online access, they weren’t able to be educated.”

The People Space: New CEOs at Gupta, Kingsway and more

Steve McLean Residential Development Toronto / GTA Jan. 12 2017
Steve McLean Business reporter
Steve is a veteran writer, reporter, editor and communications specialist whose work has appeared in a wide variety of print and online outlets. He’s the author of the book Hot Canadian Bands and has taught reporting to college students. He is based in Toronto.