Regina’s office development policy would fail in Saskatoon, too

I had the pleasure of moderating the office panel at the Saskatchewan Real Estate Forum in April. 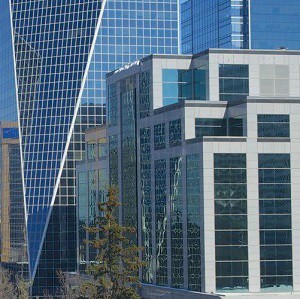 I discussed some of the issues surrounding this topic in an earlier post a year ago: Regina’s policy, implemented in July 2012, does not permit major office developments of more than 43,000 square feet of floor space outside of the core area (except in limited and specific contexts; e.g. accessory to an institution).

We had three panelists from Saskatoon and two from Regina. Only one of the five individuals on the panel spoke in favour of the restriction.

It’s actually difficult to find people in the commercial real estate industry, knowledgeable about the Regina office market, who will speak in favour of the policy.

The primary goal as I understand it is to create a vibrant city centre. Has that been achieved in Regina? I certainly don’t see it.

Saskatoon’s picture is much different with only 68 per cent of the total office space downtown and 32 per cent suburban. Yet Saskatoon’s core is far more vibrant than Regina’s.

Drive around Regina’s city centre and you’ll see what I mean. There might be one block that could be considered a retail zone for smaller merchants, whereas Saskatoon has at least six that form the heartbeat of the city.

How do you really create a vibrant core?

Using Saskatoon as the example, it’s just not about office. I frequently use my real-life example of needing to drive around the block several times at 7 p.m. in the -30C, dark, dead of a winter night before I can find a parking stall. It speaks to the vibrancy of Saskatoon’s downtown.

Let’s stop the nonsense of talking about limiting where offices can be built. Let’s instead create incentives for a grocery store to build in the core area and attract high-density, multi-family development.

Look at the great city centres of the world; where you have high-density living you find dynamic communities.

It might be true in large metropolitan cities that office employees who work downtown will choose to live downtown to limit their commute time.

In Saskatoon and Regina, where you can still get almost anywhere in the city within 20 minutes, it is simply not a factor.

The opinions expressed here are my own and do not necessarily reflect the beliefs of ICR Commercial Real Estate General Partnership.