Are REITs getting into riskier development?

As REITs have shifted focus over recent years from primarily acquirers of real estate to developers and cap rates have supported the transition, those same REITs are now adding more and more development risk. How they are coping with this shift was the focus of a panel at last week’s RealREIT conference in Toronto? 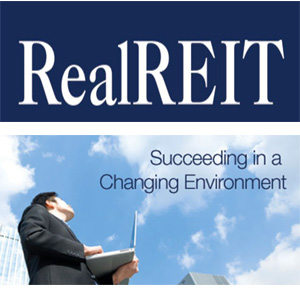 Is development the right strategy for REITs?, asked moderator Stephen Sender, who is a trustee with H&R REIT. He framed the query with the observation from a U.S. real estate speaker who earlier in the day said he prefers that REITs stay out of the development game.

That question prompted a telling quip from Derek Warren, portfolio manager of real estate equities with Lincluden Investment Management Ltd. “Asking real estate people not to grow is like asking my dog not to lick itself. They are gonna do it.

“Development has to be part of their DNA,” he added. “If we compare this to the U.S. experience, these guys go crazy. Very high debt, very large, risky speculative development in New York where land costs are crazy.”

Warren looked at his fellow panelists, major players in retail, apartment and office, and observed that none of them are going to sit out the development trend.

“Hugh Clark (vice-president of development with Allied Properties REIT) is sitting on a land bank that is perfect for redevelopment. Todd (Cook, president and CEO of Northview Apartment REIT) is trying to grow a company in a 4 cap world. We are facing massive retail changes were there are terrible malls in beautiful locations. All of this is ripe for this to happen.” The retail comment a reference to the fourth panel member, Michael Zakuta, president and CEO of Plaza Retail REIT.

Given that dogs are going to do what dogs do and real estate executives will find it impossible to ignore development opportunities, “how can we focus on putting the discipline in place?” asked Warren. “I think that the best way is to start early and to start small, and to make your mistakes and continue to learn from your mistakes as you go forward. Then as you are learning you can slowly ramp that up.

“At least then we get used to hearing that there is always one coming on.”

There were some spectacular development failures in the 1980s, the panel said, because debt was simply too high. (Double digit interest rates might have had something to do with it too).

“There was nothing technically wrong with the buildings, it was the financing that was done,” said Warren.

“I’m a big believer that the debt should be in the low 40% at max – even that is too high. Not putting too much risk on a single project, but also not trying to do too many different projects at the same time.”

Northview’s Todd Cook said Northview Apartment REIT has set a limit of 5% to 10% of assets as a maximum for development.

“Because apartments are typically smaller developments, we are doing 140-unit projects.” The REIT’s current 400-unit development in Calgary, for example, has been broken up into phases, with the first being 260 units.

“We have the in-house team, so we are not reliant on third-party management.”

He contrasted that with one of the first developments in 2009 in Alberta, the time of the last big oil slump, when Northview as operating as an earlier corporate entity. For that development, it was using a third party construction company and tried to stop the project. “The construction company said `Sure, pay us the $5 million penalty.’ Well it is an $18-million project, so you are forced to build it.”

Today, with an internal development team, Northview “can start and go as it suits us.”

The REIT has a limit of four or five projects maximum at any given time.

Michael Zakuta, Plaza Retail REIT’s chief, said that over his 30-year history, the main limiting factor to development is the capacity of its development and leasing team.

Development is firmly baked into Plaza’s DNA, given its strategy is to develop retail properties in-house rather than purchase them from third-party developers.

“That is how we look at real estate, we are not an acquirer, so we have to develop them.”

The panel delved into the rise of joint ventures, which are increasingly being utilized by REITs and other real estate companies, particularly for mixed use developments.

“We get into JVs for a couple of reasons,” he said. “One is just from a pure risk perspective. Anytime you can turn a project where you own 100% to 50%, there is an absolute financial risk that is reduced.

“And the other one is just expertise, so execution.”

With Allied getting into more multi use developments, JVs simply make sense, he said.

He cited west coast developer Westbank. “We are doing three projects with them, all three of them have a residential component and we rely on them exclusively for that.”

He also pointed to Allied’s massive Toronto downtown west project The Well, which will transform the Globe and Mail lands into a multi use destination. Allied has partners with retailer RioCan REIT for that project. “We do know retail and we know King Street retail but we don’t have the kind of powerhouse that RioCan has. It is a machine.”

“You don’t want to grow the company to a point where you are forced to do projects to keep people working.”