Two retirement homes by Quebec developer Réseau Sélection have been named the best in seniors hou...

Two retirement homes by Quebec developer Réseau Sélection have been named the best in seniors housing in a global awards program. 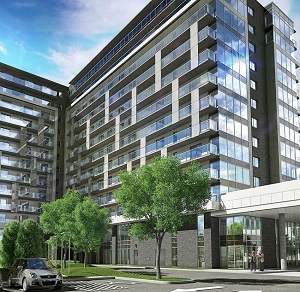 The company won the Most Outstanding Senior Rental Housing of 2017 award for the recently completed Sélection Vaudreuil Signature at the 2017 edition of The Globals – Over 50s Housing Healthcare event in November in London.

It also won Most Outstanding Vertical Retirement Living Project Award for its Sélection Panorama Prestige complex in Laval, now under construction. Slated for completion in October 2018, the 30-storey building will be the tallest seniors housing project in Canada.

“We’ve surpassed the expectations of people when they think of what a retirement home could be,” says Patrick Préville, director of public relations and communications at Réseau Sélection. The awards will be used for marketing purposes for the two properties, he says.

Réseau Sélection has developed and built nearly 40 retirement complexes in Quebec with about 10,000 units during the last 30 years.

Préville says the company’s first Canadian seniors housing project outside Quebec should be announced in 2018 and will be located in Ontario.

Founded in 1998, the seniors housing awards were chosen by an independent panel of 20 journalists who cover the health-care, residential services, medical tourism and technology sectors. Seniors housing developers from 15 countries participated in the event.

Esmonde Crawley, one of the awards show judges and an expert in homes for seniors, noted in a statement the awards signify Canadian retirement homes “will clearly be attracting attention during the next few years.”

Opened in July, the $50-million Sélection Vaudreuil is located in Vaudreuil, about 40 kilometres from downtown Montreal. The 198-unit building is about 40 per cent leased.

The 12-storey building is the tallest in the area and offers views as far away as Mount Royal. It’s close to a number of stores and is designated as a transit-oriented development (TOD) as the Dorion train station, which serves downtown Montreal, is only a few minutes walk away.

Sélection Vaudreuil is geared to active retirees with renters’ average age to date about 75, “much lower than what you find elsewhere.”

It marks the first phase of a planned three-phase, multi-generational project that will have 350 units. The second phase will be geared to families and the third to care.

“You can spend your entire life at Sélection Vaudreuil,” Préville notes.

The thinking is that retirement is a stage of life in which people can continue to grow, according to Réal Bouclin, Réseau Sélection’s president and CEO. “Today, different generations want to mingle with each other.”

Sélection Vaudreuil puts the accent on active living, Préville says. There is plenty of natural lighting, a two-storey lobby that serves as the base for an “elegant” common area, and a courtyard in the rear “that makes you feel like relaxing.”

The complex includes what Réseau Sélection calls its “healthyID” lifestyle program that focuses on prevention and awareness to encourage seniors to adopt healthy daily habits. Professionals ranging from physiotherapists to kinesiologists are on hand, as well as a full-time nurse, part-time doctor and massage therapist. There is also an exercise room and a pool “you’ve got to see to believe,” Préville says.

The project is attracting former Montrealers who live abroad but want to return home in retirement, Préville says.