Investors are getting a much clearer picture this week of the impact, so far, of the COVID-19 pan... 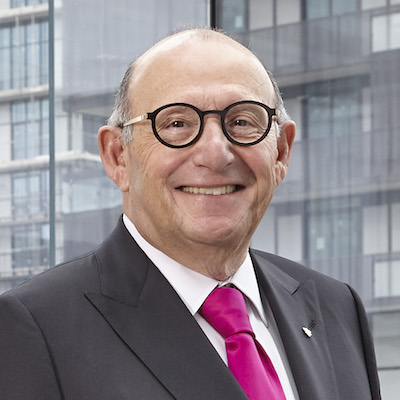 Investors are getting a much clearer picture this week of the impact, so far, of the COVID-19 pandemic on some of Canada’s largest retail-based commercial real estate firms.

As unit prices take a hit from the general market downturn and measures to control COVID-19 — RioCan was off more than 40 per cent year-to-date (as of close April 21), SmartCentres down over 30 per cent, Choice down about nine per cent — the companies are focusing efforts to assist tenants and prepare their business to ride out the turmoil.

RioCan says it collected 66 per cent of expected rents (as of April 20) from its business tenants. It approved two-month rent deferrals for an additional 17 per cent (about $15 million in monthly revenues).

“The majority of our properties are considered beacons of the surrounding neighbourhoods where they are located and provide necessity-based essential goods and services during this health crisis,” said CEO Ed Sonshine in a release.

“We are committed to a high level of responsibility, access and support for our stakeholders so that these critical and essential services can be maintained.”

The numbers are similar for SmartCentres, which reported 70 per cent of expected rents collected, after deferrals which were granted to some tenants.

RioCan’s portfolio has undergone a significant repositioning during the past two years, with the divestment of most holdings in secondary or tertiary markets to focus on Canada’s six largest urban markets. It is diversifying the portfolio through new developments and redevelopment at existing retail properties.

Many of these anchor retailers are deemed essential services, so they remain open.

On the diversification front, RioCan received 96 per cent of expected rent from its two new multiresidential properties, eCentral in Toronto and Frontier in Ottawa.

The REIT’s support and rent deferral program has been focused on small business, independent tenants and smaller national tenants on a “case-by-case basis.”

As impacts from the pandemic continue, it is also willing to work with any national tenants “while protecting the trust’s rights and financial positions.”

RioCan reports about $1 billion in liquidity as of the end of Q1 2020 consisting of cash, undrawn portions of its revolving unsecured line of credit and construction lines of credit. The trust also has $9.2 billion of unencumbered assets.

During the remainder of 2020, RioCan has about $126 million of mortgage maturities remaining, but it expects these to be refinanced “in due course.”

Its $400 million in debenture maturities in June and August 2020, RioCan says, have been effectively refinanced with a $350-million, seven-year inaugural Green Bond issue completed in  March.

“RioCan’s solid foundation is its resilient, major markets-focused portfolio, which was built to withstand challenges and adversity,” Sonshine said in the release. “We are in good financial health with a strong balance sheet and ample liquidity.”

Construction at most of RioCan’s current projects continues, albeit at a slower pace, but the trust is stopping “new or early-stage projects.” This will reduce planned spending on development by $100-to-$150 million during 2020, to the $350-to-$400 million range.

Finally, RioCan has withdrawn its growth guidance, and plans to provide a further update during its Q1 2020 investor conference call on Tuesday, May 5.

RioCan’s 2020 AGM is subsequently scheduled for Tuesday, June 2. It will be conducted as a “virtual” meeting. 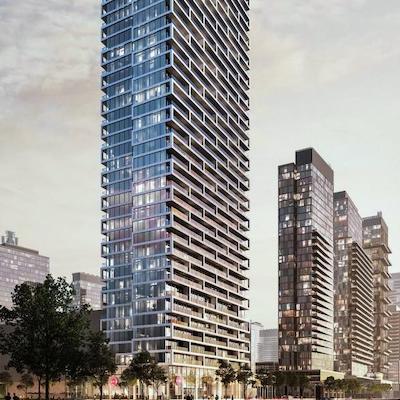 Like RioCan, SmartCentres is also engaged in a major overhaul and repositioning of its portfolio, including an extended $12-billion development program.

Sixty per cent of its current tenant base is deemed essential, including its largest single tenant WalMart which accounts for 25 per cent of SmartCentres’ rental income.

For businesses which are heavily impacted, the REIT has been “proactively reaching out” with support through a rent deferral program.

“The majority of our tenants are healthy and paid their rent. While we are disappointed by the non-payment of rent by some strong capable companies, we still believe that we will collect April’s rent in due course,” said president and CEO Peter Forde in a release. “We expect strong retailers to pay their rent obligations.

“This also enables us and our peers to support the smaller more vulnerable retailers through this difficult time.”

To provide additional liquidity if needed, SmartCentres has nearly $6 billion in unencumbered assets, a $500-million operating line of credit and project specific-financing for its ongoing developments.

While construction of several self-storage developments is on hold due too the pandemic, development at the Vaughan Metropolitan Centre continues within government restrictions. The first two condo towers remain on pace for unit closings in late 2020.

“SmartCentres was built for heavy weather,” said executive chairman Mitchell Goldhar in the release. “We have ample liquidity to weather the storm, for an extended period of time, if necessary . . .”

SmartCentres REIT has a portfolio of 157 Canadian properties valued at $9.9 billion. They comprise 34 million square feet of income-producing retail space with over 98% occupancy at December 31, 2019, on 3,500 acres of land.

* Dream and the pandemic: Investor Q&A with Michael Cooper

* Canadian hotels have been major victims of COVID-19