“The way to a man’s heart is through his stomach” is a phrase that’s been around for decades. Now it might also be applied to retailers trying to attract and retain customers, particularly those born after 1980. 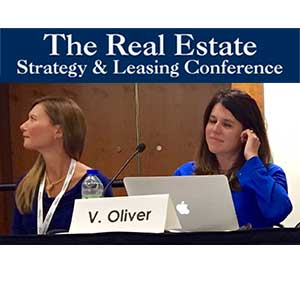 “It helps make the retail stores more of a destination and gives customers a reason to come into the stores and make that part of their shopping experience.”

There’s a direct correlation between the average length of a shopping experience and average sales per square foot, and offering food has become a way that retailers are trying to take advantage of this “dwell and sell” concept.

You can find Harvey’s outlets in Home Depot and McDonald’s in Walmart. At the higher end of the scale, Nordstrom and Holt Renfrew are offering food and drink options to customers, while O&B has Bannock in the Hudson’s Bay store at Queen and Bay in Toronto, The Guild in the Bay store in downtown Calgary and the recently opened Leña in downtown Toronto’s Saks Fifth Avenue.

“I don’t think that 20 years ago O&B would ever have imagined building, operating and owning restaurants in retail stores,” said Oliver at The Real Estate Strategy & Leasing Conference at the Metro Toronto Convention Centre on Oct. 6. “But it’s been a great marriage.”

O&B tailors unique concepts to suit particular stores, Oliver added. For instance, Bannock is Canadian-themed and located near the part of the store featuring Hudson’s Bay-branded and Canadian-themed merchandise.

“The Bay benefits from partnering with a restaurant operator that specializes in this business and O&B benefits from real estate deals that are far more tenant-friendly than they would be getting if they were doing a restaurant at Bay and Queen outside of that retail experience,” said Oliver.

This type of retail enhancement particularly appeals to millennials, who eat out an average of 3.5 to four times a week compared to the 2.8 times per week that the generation before them let others do the cooking.

This demographic has also embraced food delivery services like UberEATS and Foodora that are gaining in popularity due to their convenience. Oliver said many of her restaurant clients love these services as consumers but have the opposite view of them as business owners.

“Dining in restaurants is an experience and when you make your restaurant available to something like UberEATS you lose control over how that food is delivered, what temperature it ends up being served at once it is delivered, and the fact that it’s presented in a cardboard box or takeout container. A lot of our clients take a lot of pride in creating a full environment and want to be in charge of the atmosphere, lighting, music and the kind of service they provide.”

Oliver broke down full service restaurant cost allocations like this: 10 per cent to gross occupancy costs; 30 per cent to labour; 30 per cent to food costs; and much of the remainder to miscellaneous expenses. That leaves a 10 per cent profit margin if restaurants are lucky, she said, and UberEATS taking an average of 25 to 30 per cent of a restaurant bill for its service eats heavily into that.

With little to no financial upside to be gained, busy restaurants with minimal excess capacity may want no part of such services. Less busy restaurants could perhaps find opportunities with them, however.

Those that choose to work with these services may have to increase the size of their kitchens to accommodate the expected extra business, which can dangerously disrupt business models if sales don’t make it worth the added cost. It might make more economic sense for certain restaurateurs to consider looking at cheaper industrial space purely focused on delivery order food preparation as Toronto’s Mas Playas group of restaurants has done, said Oliver.

Dream retail vice-president Madeleine Nicholls outlined a food promotion her company launched at its downtown Toronto Adelaide Place complex, which had an underutilized 33,000-square-foot outdoor second floor podium, this summer. Twenty food vendors — including Fish’D by Edo, Holy Chuck, Tacos 101, Raclette Suisse and Chimney Stax — were invited to set up tents around an area with custom-made benches and tables.

Adelaide Place’s existing restaurants were given first offers to take part so they’d see it as an add-on to their business as opposed to competition, and The Merchant was one that took advantage of this.

“It was busy,” said Nicholls. “We were delighted to see that people will walk up to the second floor because stairs up or down can sometimes be the kiss of death for many retailers.”

The experiment paid off with lots of publicity, social media exposure and positive feedback from customers comprised of Adelaide Place’s 5,000 tenants and occupants and residents of other nearby buildings.

“It was a great way to see that and then work with the most successful ones as potential tenants for our buildings. We’re doing a permanent deal with Fish’D by Edo as a result of that.”