Montreal-based ROI Land Investments recently announced new top leadership, a desire to raise the profile of the publicly traded company and a focus on finding new investments, particularly in the United States. 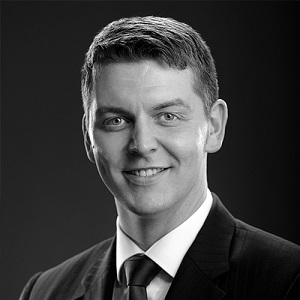 ROI Land Investments, which trades on an over-the-counter basis (ROII-Q2), last month appointed German financial executive Martin Scholz as chief executive officer and Stéphane Boivin as chief operating officer and a member of the board. Scholz, who joined ROI in the fall of 2015, replaces Sami Chaouch in the role of CEO.

Scholz, a former executive with Deutsche Bank, heads a real estate company in transition: ROI last month said it was halting development of its Sobha Project in the United Arab Emirates. It also has two projects in Canada and another in Colorado.

Although ROI is based in Montreal, it is truly an international company with significant shareholder bases in Europe and Japan, the CEO said.

“We are facing different situations in all of our projects,” Scholz explained.

The company told shareholders it “has decided not to carry on with the development” of its Sobha Project, a proposed US$130-million development of 300 luxury apartments in a trio of towers.

That does not necessarily mean ROI is pulling out of the country, however.

The company had been attempting to reach a definitive agreement with a UAE real estate company to transfer ownership of the land.

“This does not mean that we are backing out of Dubai. Maybe we can surprise the (investment) community in and around ROI with some other messages, in addition to the Sobha Project.”

To date, the company has directly invested US$5.5 million in the Sobha venture. Expectations are that it will recoup that amount via a sale of its holding.

The Canadian-based, U.S.-listed entity is big on the U.S., particularly on Colorado. It has invested US$5.85 million in its Hill Pond Project in the picturesque city of Evans, 100 kilometres from Denver, comprising between 1,200 and 1,400 units.

As it stands, ROI has secured sufficient water shares to execute the project, and the appropriate zoning is in place. ROI is currently taking the necessary steps for the development and approval of the engineering infrastructure master plan, the lot entitlements and the construction permit from the City of Evans.

“When I look at the portfolio of projects today, the biggest opportunity is in Colorado,” said Scholz.

The Hill Pond project fits the company’s land acquisition criteria: specifically, rising water rights valuations give it a unique competition in the market.

ROI recently told shareholders that because “the Canadian market (is) less predictable, we will focus our efforts in Colorado because the regional economy has experienced sustained growth for several years.”

Scholz noted the company might also enter into the high-rise development arena given new expertise in that area.

Boivin, the new COO, boasts more than 20 years’ worth of project development experience. And, it’s wide-ranging, from luxury hotels to commercial and residential buildings to industrial and telecom infrastructures, including 22 office buildings in Brazil, Colombia, Mexico, the U.S. and Canada.

Given ROI’s significant shareholder base, Scholz did not rule out Europe as a possible destination.

“The core business of ROI is in North America . . .  . We have a lot of shareholders here in Europe. So, to have here some more presence other than shareholders is not bad.”

In B.C., plans are on hold given initial expectations liquefied natural gas investments would provide a tailwind for the residential project.

A low-density residential project in the Quebec City borough of Beauport is awaiting municipal permits.