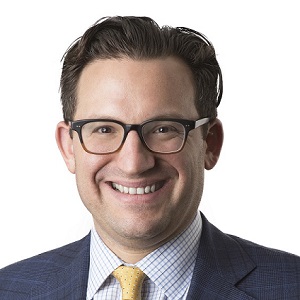 Today as a retail industry leader in the city, Royop is poised to build another legacy project – Township, a 1.5 million-square-foot mixed-use development on 10 acres of land in the south part of the city which the company wants to turn into a destination for Calgarians.

Jeremy Thal, who was recently named president and CEO of Royop, said the company owns 60 acres of land on Macleod Trail and 210th Avenue bordering the communities of Legacy and Walden. The site will be home for Township which will include retail, residential of various forms, office, hotels and entertainment.

“It will be like nothing really Western Canada has ever seen. We have started construction,” said Thal. “Of the 60 acres, there’s a city municipal road that we’re building. We’re under construction right now with that municipal road.

“The first phase of the centre will be a mix of your daily needs that service Legacy and Walden as well as Yorkville and Belmont, and (consists of) 120,000 square feet of grocery, coffee and restaurant and fitness, pre-school and daycare.”

Another 280,000 square feet of the first phase will be regional retail.

When the project is finished by the end of the decade, Thal said it will consist of about 800,000 square feet of retail space.

The commercial and mixed-use core is the focus of the site, which will feature plenty of pedestrian streets, underground parking and residential above retail.

“The ideal is – and we’re still working on this – it will be programmed. We want people from all over the city to come to Township to experience something new,” Thal said. “In the wintertime, we may have a skating rink. In the summer, that could be populated with street vendors or food trucks.

“Above all the retail — we’re going to need a residential partner — maybe it’s four- to six- to even 10-storey residential above.”

He said Royop is also working with a hotel group which has shown interest in being on the site.

The construction of the current southwest leg of Calgary’s Ring Road, and the burgeoning south part of the city, makes Township a natural location to take advantage of those two trends.

In late October, the company announced Thal’s appointment to his new position to succeed Melvin Foht, Royop’s president and COO since 2009.

The 38-year-old Thal, a 12-year veteran of Royop, was promoted from his position as executive vice-president. Previously, he was vice-president, development and leasing.

Thal, who was born and raised in Calgary, is a graduate of Western University (BA in Honours Geography, Urban Development) and the University of Calgary (MBA).

After graduating from Western, Thal started his career in research with Colliers‘ Toronto office, then went into office leasing. He returned to Calgary to work with Paragon Capital and joined Royop in 2006 in the company’s property management division.

Royop has a rich history in Calgary’s retail sector.

The company went public as Royop Properties Corporation in 1997 and was sold in 2000 to H&R REIT (HR-UN-T). That same year, Royop Development Corporation was started by Harvey Thal, Brian Kowall and Melvin Foht.

“When we embrace a project, we retain all our retail. We look at having 20-30 relationships with our tenants and we want to make sure from the onset that everything is done first-class,” said Thal, outlining Royop’s philosophy. “It’s done professional and done right.

“We don’t cut corners and we only build the best real estate. If our tenants are successful, then we’re successful and we want to give them every opportunity to be successful. What’s pretty rare nowadays and from my understanding . . . is private real estate companies.

“We’re active. We’re busy. We’ve got a lot of stuff on the go. We’ve got lots of activity and lots of interest and lots of deals happening. We opened up a 90,000-square-foot centre in northwest Calgary right during the recession, Nolan Hill. We were 100 per cent leased when we opened,” said Thal.

“We’re focused majority on retail. There’s been a shortage of retail in Calgary always. If you have a site, you’re 100 per cent leased.

“When we embrace a site, when we learn about a site, we really get involved in the community, and understand the community, understand demands and the different shopping traits. Who we’re leasing to or in this case who we’re selling to,” said Thal. “We learned that that northeast region is heavily Sikh populated and the culture likes to own.

“Instead of leasing these buildings, let’s sell them because that’s what the market wants. We started with our anchor tenant which is Asian Food Centre – a 15,000-square-foot Punjabi market. Then we went and got the next-biggest tenant, which is a medical building.

“There’s a 15,000-square-foot professional centre with dentist, optical, GP and pharmacy. Then we started to look at end users. We didn’t really want to sell to investors. . . . We made sure we only sold to end users . . . people that are in the liquor business, people that are in the food business. We have an East Indian butcher there. Now we’re 80 per cent sold. The architecture looks great and the demand’s been fantastic.”

The shopping centre will have eight buildings when it opens in September 2019 with more than 40 businesses.

Royop is also expanding in The Crossings area on the west side of Lethbridge. It owns 55 acres there and has a 90,000-square-foot centre including Loblaws, McDonald’s, Rexall and Boston Pizza which has been open for about 18 months.