Sale of 6 seniors residences nixed due to pandemic

An agreement to sell six Canadian retirement residences to a Singapore-based company has been scu... 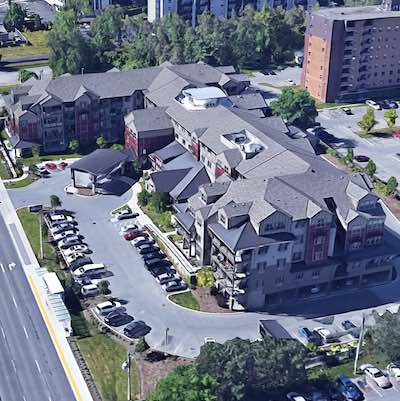 An agreement to sell six Canadian retirement residences to a Singapore-based company has been scuttled by the COVID-19 pandemic. Singapore Press Holdings Limited announced this week it will not proceed with the $233-million purchase of the residences in Ontario and Saskatchewan.

SPH had an agreement to purchase the five Ontario properties and a sixth in Regina from affiliates of Seattle-based Columbia Pacific Advisors LLC. The residences had been purchased in 2017 as part of a larger portfolio of assets in Canada and the U.S.

They are being managed by Hawthorn Senior Living, which also operates residences in 20 U.S. states.

“The purchaser and the vendor have mutually agreed not to proceed with the acquisition and to terminate the agreement as a matter of prudence in the light of global market instabilities caused by the COVID-19 pandemic,” states a release from SPH.

The pending transaction had been announced on Feb. 26.

Singapore Press Holdings originated as a media company, but has been steadily moving into the real estate sector. It owns properties in the retail and multiresidential sectors, including seniors housing and student accommodations.

The acquisition would have been its first foray into the Canadian multiresidential market.

Properties which were involved in the aborted transaction are:

When it announced the initial deal for the Canadian properties, SPH said it was part of a strategy to expand its “aged care and healthcare business in overseas markets with favourable demographics.”

“These acquisitions are part of our strategy to expand our aged care business,” said SPH CEO Ng Yat Chung at that time. “We continue to seek cash-yielding assets in defensive sectors to build up our recurring income base.”

SPH cited several reasons for attempting to expand into Canada:

* Canada has one of the highest average life expectancies globally, at 82 years;

* the number of people 75 years and older is predicted to grow by 52.6 per cent over the next decade;

* this is projected to create demand for 199,000 new independent-living and assisted-living beds;

* a fragment market in which the top five national operators collectively service less than 20 per cent of the existing total supply of seniors housing and care properties (263,000 beds in total).