In the less-than-two-years since Sandpiper Group launched, the Vancouver-based investment company has been forging a bold path initiating board shake-ups. 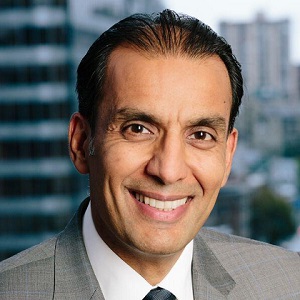 Sandpiper is developing a portfolio built on shrewd public and private property investments, while also finding ways to influence and insert board members into investment partners which are not meeting Sandpiper’s expectations.

“One message we’re trying to promote is, whoever the various stakeholders are (in a company), they should be taken into consideration, but the stakeholder who deserves the greatest consideration are the owners of the company,” Sandpiper CEO Samir Manji told RENX in a recent interview. “It’s their capital at risk.”

Sandpiper invests in the commercial and multi-family real estate markets through private investments, but also indirectly through securities in publicly traded companies such as REITs.

The company has been earning headlines in Canadian business pages for its bold manoeuvres to shake up the boards of investment companies in which Sandpiper has taken a stake.

Against Granite, Sandpiper and a third-party partner won three board seats, including one for Manji. In November, Sandpiper and ELAD Canada Inc. reached a settlement with Agellan for three nominees appointed to Agellan’s board, including a seat for Sandpiper’s president and COO Renzo Barazzuol.

Earlier this year, Manji’s team settled with Artis REIT (AX-UN-T) to include a Sandpiper board member on its 2018 board slate. In that case, they were able to put forward Lauren Zucker as a trustee candidate for its upcoming 2018 annual general meeting. (Zucker is an associate vice-president at Yale University).

“We approach our activist strategies as an investor with meaningful ownership positions looking to help create value and support positive change,” Manji said.

He said Sandpiper prefers collaboration and dialogue with board management, and relies initially on constructive criticism with boards and management teams.

“It’s about wanting what is in the best interest of the ultimate investors of the company and their voice being heard. At the end of the day, it’s the capital of the shareholders and unitholders that is at risk.”

Manji said Sandpiper’s team continues to grow and the firm has bold ambitions for 2018.

“We’re here to stay for the long-term.”

Part of Sandpiper’s strategy is to identify investments and funds that are underestimating or misreading value, Manji said.

“At the asset level, it would be something we believe most in the market would be looking at in a very conventional sense, whereas we would be able to apply what I would describe as innovation or creativity to look at in a more unconventional sense,” he said.

For instance, when purchasing an apartment building or a stake in one, Sandpiper applies its own market intelligence, direct research on the building and considers the future rezoning potential, he said.

“Over a period of 24, 36, 44 months, with what’s happening in the broader market, we (may) think that there is going to be a compelling opportunity here,” he said, referring to up-zoning opportunities.

Much of Manji’s confidence comes from experience. Manji said he can say “with conviction” that he has underwritten “pretty well every Canadian real estate company and income trust” and “we’ve got a very good handle on . . . which ones we believe today are materially undervalued by the market.”

“Generally, we like to see companies that have at least a certain proportion of their assets in one or more of the top four or five markets,” he said. “Obviously Toronto, Vancouver, Montreal and you could probably add beyond that, Ottawa and Calgary.”

He said Sandpiper is also focused on second-tier U.S. markets.

As for asset classes, Sandpiper is busy in all types, but particularly interested in industrial and multi-family properties, Manji said.

“With everything happening in the world around us where manufacturing (and) logistics continue to see growth and demand, that only makes industrial real estate, particularly when it’s well-located, fairly attractive,” he said.

Manji said every public company needs to be asking itself a pretty basic question: “If this was my own capital, what would I do?”

“In some instances . . . you have a situation of entitlement,” he said.