I used to smirk a little every time former mayor Don Atchison found a way to work in the “Saskatoon Shines” message into public speeches. 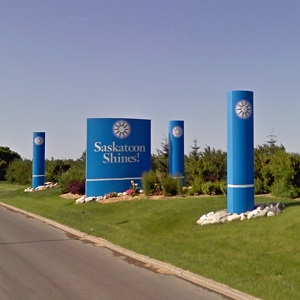 But I’m drinking the Kool-Aid and on-board these days with repeating something he was fond of reminding people: Saskatoon is where it’s at.

Despite a couple of years of slower economic activity, there is evidence Saskatchewan is moving full steam ahead.

People, however, seem to be on the bad news bandwagon of job losses and cuts. From mainstream media, we could be led to believe the sky is falling!

It’s important to fully investigate the growth that continues to build our community and province.

The real news story is that despite sluggish times people are still moving here and, most importantly, investing in Saskatoon in particular.

With overall industrial vacancy at 8.1 per cent in Saskatoon, it wasn’t expected developers would be falling over themselves to snap up a recent city land tender.

Unsold industrial land from these tenders goes back into city inventory. While some parcels received no bids, I can report all high-exposure corner lots were snapped up.

Why? Because it’s still a good longer-term plan to own land in the city’s north end.

Some of this land will be ideally situated on corners fronting the new north arterial access of Marquis Drive as it leads to the North Commuter Bridge. 2018 is not far off and the bridge is expected to open on schedule.

The new Tim Hortons on the corner of Millar and Marquis is already taking shape.

Build it and they will come

Office vacancy is also slowly improving, across the board, in Saskatoon.

One trend we’ve been tracking, however, is the low inventory in class-A product as it relates to the downtown core.

A testament is the new River Landing tower. At 155,000 square feet, there is speculation half the building has been spoken for, or has serious interest.

In a market with a total of 15.8 per cent office vacancy, that would seem a crazy notion.

The possession on said tower will be one to two years away. In the meantime, local developer John Williams is close behind with the next idea.

Another downtown project already on the radar of many is the River Quarry on 4th; what most will remember as the old police station.

The local developer on this project is finishing renderings for a top-to-bottom makeover of the facility, which will offer some of the best parking options on site for downtown office.

With such a hard-to-find amenity like parking, this particular building will surely stand out as more details emerge.

In an under-retailed market, it’s no surprise many retail centres that have been developed in the past few years have been pre-leased prior to completion.

Our current retail vacancy is still incredibly competitive at 4.1 per cent overall.

I was optimistic in a recent discussion with a reporter from Western Investor about the impact of the Sears Canada closure on the retail environment downtown.

With a good strategy, I think there is a real chance for Midtown Plaza to attract even more retailers to their property and build a stronger asset.

So things aren’t rosy but they sure aren’t grey, either. It’s important to put things in perspective.

In the words of my ever-hopeful colleague Josh Walchuk, people still want to be here, work here and invest here.