The end of Sears Canada marks a serious blow to the department store business model but opens up new opportunities for landlords and anchor tenancies, retail and real estate experts said recently at a Vancouver panel. 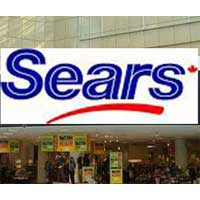 Last month, Sears Canada received court approval to liquidate its remaining 130 Canadian stores. The closures will soon throw 12,000 employees out of work across the country and open up massive tracts of empty shopping space.

“The writing has been on the wall for a decade,” said Brodie Henrichsen, principal of Northwest Atlantic Canada, a real estate consulting firm that specializes in street-front and mall retail. “Once (Sears) started selling off the real estate and things started happening, I think everyone knew it was just a matter of time.”

He was speaking on a retail panel at the Vancouver Real Estate Strategy and Leasing Conference on Nov. 1.

Henrichsen said the disappearances of Zellers, then Target and now Sears leaves The Bay as the only remaining Canada-wide department store, although some Walmarts would qualify, he said.

The disappearance of the department store represents an evolution, he said. It’s not a disaster.

Department stores getting elbowed out

“You’ve gone from a Sears store that was producing very little sales, to other retailers that have gone in there and they’re now actually bringing customers to shopping centres,” he said.

Henrichsen pointed to Sears’ former downtown Vancouver location. After major renovations, Cadillac Fairview converted the space from a 700,000-square-foot Sears into a 250,000-square-foot Nordstrom with office space that now houses Microsoft and other high-profile tenants.

Department stores are getting elbowed out of the marketplace by online retailers — especially Amazon — and more specialized discounters or “experiential” stores, he said.

In B.C., most landlords with Sears leases have indicated they’re willing to restart from scratch, Henrichsen said. Nearly every landlord in Metro Vancouver west of Langley plans to knock down their Sears buildings, add density or right-size the space.

“A lot of these buildings were built pre-1980,” Henrichsen said. “They’ve got asbestos. They’ve got all these challenges.”

“Outside of The Bay, that (department store) category is dead,” said Fluker, a principal with Vancouver-based Form Real Estate Advisors.

In Metro Vancouver, many landlords are relieved to get that space back, he said.

“You’re happy to get that five acres of land back to do something,” he said, underscoring much of the vacated department store space will be converted into mixed-use developments with residential components or public amenities.

“There will be a lot less square footage of retail, and probably a million square feet of residential in some cases, which will bring a lot of traffic to retail with people living and working onsite,” Fluker said.

He said the concept of anchor retail tenants is shifting as well.

“I view an anchor as whatever brings people to the site,” he said. “So much of the leasing is food service-driven that you don’t really care if they’re buying clothing or not. You just want people.”

An anchor tenant is now “a collective group of retailers that are between 15,000 to 25,000 square feet,” said panelist Mauro Padula, a vice-president of leasing with of SmartCentres Real Estate Investment Trust (SRU.UN-T) in Western Canada.

He said one of SmartCentres’ affiliates recently had a Wal-Mart vacate a 120,000-square-foot space.

Henrichsen said retailers are going to increasingly find themselves entrenching into one of three categories: price leaders like Wal-Mart; convenience-based retailers like Amazon; or experiential stores that provide expertise, a particular service or recreation.

“You’re going to have to fit in those,” he said.

“If you think you’re just going to open up a store and sell the same stuff that everyone is selling and you’re going to have nicer sign on the front of your building, I think this is what’s going to happen to you.

“It’s all about evolution.”