Seeking a real estate agent? Nobul has an app for that 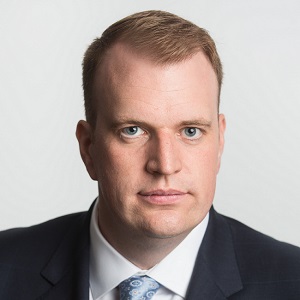 “There’s a full transparency that the public and regulators have been demanding for decades,” said McGee.

The platform offers a range of features designed to appeal to buyers, sellers and agents.

Agents then create tailored offers for each individual, outlining the services they would provide and the commission rate they would charge to try to secure the client.

Buyers and sellers can evaluate the bids and historical performance ratings of any agents they might be interested in working with, then choose the one best-suited to them.

“Because of the verified reviews, people can actually see what an agent has done,” said McGee. “If somebody’s doing a terrible job for their clients but are really good at self-promotion, they’re going to have a tough time on our platform.

“The other side of the coin is that if somebody’s a great agent who does a great job, they’re going to be rewarded with more business.”

Members of the public pay nothing for Nobul’s services. There are no upfront costs or hidden fees for agents, so there are no risks to them since they pay only if they close a deal.

Buying agents have the option to offer a cash incentive to buyers to work with them, which is paid from the agent’s commission upon closing.

“To do this legally, we have to be a brokerage, which we are,” said McGee. “We just don’t have any agents.

Before founding Nobul, McGee was involved in real estate development and investing. He formed a mortgage investment company called McGee Capital which worked with smaller properties. The wheels started turning for Nobul two years ago, picked up earlier this year and have kicked into high gear with the launch of a second version of the platform and a marketing push.

“A huge amount of work and money went into getting the company up and running and properly structured, funded and staffed,” said McGee, who noted that Nobul’s technology is being constantly updated and improved.

The release of Nobul’s “next generation” platform contains significant upgrades, the company says, including:

* improved user experience and interface;
* enhancements to how consumers search properties, their ability to specify services they want from agents, and how they can review and filter proposals;
* additional ways for consumers to screen and meet agents they might be interested in working with;
* new agent functionality including Nobul Premium (a monthly subscription tool with enhanced features);
* and integration of blockchain technologies into the contract management process.

Offices in Toronto and India

Nobul has about 60 full-time employees at its downtown Toronto office and a similar number of contractors. It opened a development office in Gurugram, on the outskirts of Delhi, India, earlier this summer.

McGee said Nobul is adding several new employees per week as it ramps up.

More than 20,000 people have come on to Nobul’s platform since it went live with its first version just over three months ago. While most transactions have taken place in the Greater Toronto Area so far, McGee expects it to grow around the world and expand into the commercial real estate market.

“We’re building a full ecosystem that’s fully consistent from end to end with basically anything and everything having to do with real estate. It’s unlike anything that’s ever been done in the world before.”

* Michael Beckette, the founder, president and CEO of Mortgage Alliance, which processes more than $10 billion in mortgage volume annually;
* Barbara Dirks, the head of Silicon Valley Bank in Canada. She formerly held senior roles with Royal Bank of Canada and Bank of Montreal;
* Blake Goldring, the chairman and CEO of AGF Management Limited;
* Lawrence Krimker, the founder and CEO of Simply Group, a consortium of companies that delivers energy-efficient home solutions, as well as Crown Crest Capital, Simply LED Lighting Solutions and Simply Green Home Services;
* Tim Stanley, the senior vice-president of sales and country manager of BackOffice Associates, and the founder and former president of Broadstreet Data Solutions;
* and Barbara Stymiest, a former member of the group executive for the Royal Bank of Canada, CEO of TMX Group Inc., executive VP and chief financial officer at BMO Capital Markets, and partner at Ernst & Young.

McGee said all of the directors have invested in Nobul because they see it as a “massive” global opportunity.

“We’re in the right place at the right time with the right skill set locally. The board members clearly see that. They’re some of the most successful business people in the country, and each one of them is bringing a very valuable skill set to the board of directors.”

Nobul has just engaged BMO Capital Markets and GMP Securities for a growth round of private placement funding. This latest infusion of capital will be used to bolster the company’s development and marketing efforts, allowing for significant growth and visibility on an international scale.

Nobul’s previous seed round of financing was oversubscribed. McGee said the company is “well-funded” and there was great interest from numerous investors who pitched the company to become involved.

“From our perspective, BMO and GMP were the two strongest. We’re really, really proud to be in business with them.”

By the way, if you’re wondering about Nobul’s name, McGee said it’s derived from a combination of “noble” and “no bull.”