One of Winnipeg’s leading commercial developers is risking delaying a major project in the city’s... 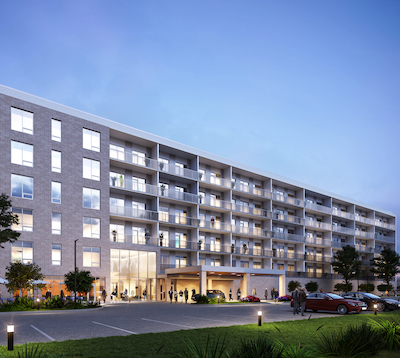 Shindico Realty wants to add a multiresidential component to its Shops of Kildonan Mile development in Winnipeg. (Courtesy Shindico)

One of Winnipeg’s leading commercial developers is risking delaying a major project in the city’s East End to capitalize on growing rental market demand.

For the better part of a decade, Shindico Realty Inc. has been working on approval of a 340,000-square-foot retail and office project, called the Shops of Kildonan Mile.

It will be located a short distance from the major thoroughfares of Regent Avenue and Lagimodiere Boulevard.

While the development company has zoning approval from the city – now essentially waiting to “sign the papers” – president Sandy Shindleman says Shindico has sought an additional amendment for multifamily rental development.

“We’re now of the mind that people, especially renters, are looking for quality, concrete buildings and they want to be able to walk to places like the mall and other retail in the area, so we feel that quality apartments would do well there.”

Some retail space would go to apartments

Adjacent to one of the city’s largest shopping centres, the revised Kildonan Place project will feature less retail space than previously planned.

In addition to being located in the middle of a major retail hub, the project is also surrounded by mushrooming residential development, including Devonshire Park and Devonshire Village. These two communities alone add more than 3,000 new residences.

Shindico’s previous experience with multifamily rentals in the city, as well as in Toronto and Ottawa, have been very well received.

The estimated cost is about $130 million to $150 million, making it one of the largest mixed-use projects in the area, Shindleman says. 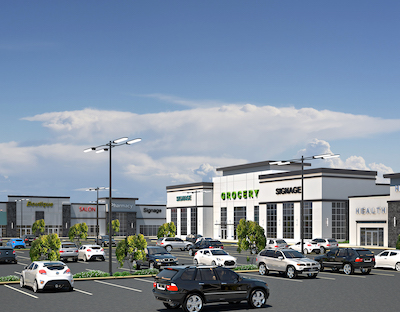 Artist’s conception of the Shops of Kildonan Mile in Winnipeg. (Courtesy Shindico.

However, the change in plans runs the risk of delaying a project that has already been a lengthy journey. Shindleman says it took about eight years from purchase to getting the land rezoned from agricultural.

“It took an inordinate amount of time,” he says, adding the company has already built the necessary infrastructure. “We put the road in a few years ago, so there has been four-lane road right in front of the property that is already well used by the community.”

He says the additional changes are important to the project’s longevity and viability, creating an in-place residential population able to walk to businesses in the development’s retail and office spaces.

As such, the ideal businesses for the space would be an anchor grocery store and dental/medical offices – services residents generally must leave their homes to access.

Multifamily rentals on the rise

Furthermore, recent studies point to the growing importance of multifamily rentals in Canada. PWC’s Emerging Trends in Real Estate 2020 report, for instance, notes baby boomers are downsizing and choosing to rent instead of purchasing condominiums.

Millennials are renting longer because they need to save more and for longer periods of time to raise a down payment for a home. Many millennials, in fact, are simply choosing not to become homeowners.

“They want underground parking and amenity space, and they don’t want to live in a big complex where they don’t know their neighbours,” Shindleman says.

Many renters also want to live in walkable communities. The multifamily component of Shops of Kildonan Mile will offer that, he adds.

More than anything the apartments “will finish the project off nicely . . . and it’s really just prudent development to give retail and commercial tenants ready-made customers living on site.”