Reports of the death of the shopping centre have been greatly exaggerated, attendees at last week’s Vancouver Real Estate Forum heard. 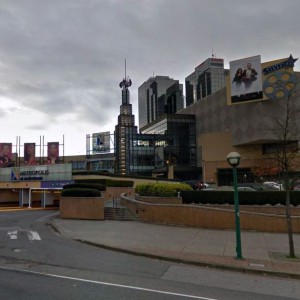 Metropolis at Metrotown is a large shopping and entertainment centre in Burnaby, B.C.

“I hear a lot of times, ‘what’s going to happen to the mall? The mall is doomed,’ ” said Franco Custodinho, senior vice-president leasing at Ivanhoé Cambridge.

Speaking at a session on the future of retail, Custodinho noted the sector is always evolving, with many retailers that were flourishing 10 years ago now gone, including Aeropostale, HMV and Blacks Camera.

But several have stepped in to replace them, such as Apple, Tesla, Lululemon, Uniqlo, Lego and Microsoft.

“They have all the power they’ve ever wanted in the palm of their hand. If they’re getting off of their phone and going into a store, it has to be something special (and) unique.”

Custodinho said e-commerce retailers are opening brick-and-mortar stores because their customers want to be able to touch and feel what they buy. “That’s not to say they won’t continue to shop online, (but) they want a tangible store.”

Retailers want to draw consumers into brick-and-mortar stores so they can upsell and get additional business they wouldn’t get online, he said.

“The most successful brands have multiple channels as opposed to just one,” said Kimes, citing Amazon, Bonobos and Blue Nile as examples.

The business model also has to evolve, she said.

“If I go into Macy’s and try on a pair of shoes, but I (then) open up my phone and click on Macy’s and have them deliver to my house, does it count as an in-store purchase or an online purchase?”

Every shopping centre Kimes’ company is working on is either adding a food hall or some sort of unique food destination, she added.

While shopping used to be the No. 1 experience in the mall, today’s strong centres provide a unique customer experience, are well-located and have the right offerings, Kimes said. The mall of the future will be more about flexibility, community, a mix of uses and access to public transit.

Scott Lee, principal of Northwest Atlantic Canada, was on hand to provide an update of the leasing status of former Target and Future Shop stores across the country.

Of the 141 Target stores, 104 are occupied and 37 are vacant. Among those that are vacant, 16 are vacant with interest expressed in leasing. Some stores are being left off the market for redevelopment potential.

Fifty-two of 79 Future Shops are occupied, 26 are vacant and one is vacant with interest.

Derick Fluker, principal of FORM Retail Advisors, noted many Future Shop landlords are still receiving rent and “there’s zero motivation to do a (bad) deal if you’re still being paid by what is a great covenant.”

Lee said many Asian and European retailers are looking to enter the Canadian market. That means there is a huge opportunity for local operators “who can steer them through the headaches of operating in Canada” and through issues like logistics, HR and taxation.

Custodinho said the Vancouver market is faring better than the national average in terms of retail sales growth. It has increased 8.2 per cent during the past three years, compared with three per cent nationally.

Fluker said Vancouverites feel wealthier because of rising house values, but might have less disposable income to pay for housing costs.