After suffering through a vicious economic downturn for two years, investment in Calgary’s commercial real estate market is on the road to recovery. 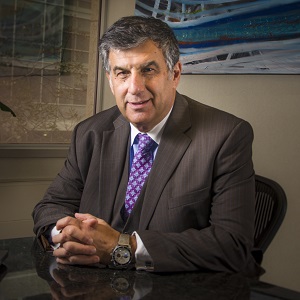 “Signs of recovery illuminate Calgary’s commercial real estate investment market. An increase of 24 per cent in total dollar volume pushed Calgary’s real estate acquisitions to more than $1 billion during the first six months of 2017, compared to just over $827 million at the same point in 2016,” says David Wallach, president and broker of Barclay Street Real Estate.

In its mid-year report, the commercial real estate firm says rays of light continued to break through the clouds cast by a nearly three-year long recession. The report says the Alberta economy is moving along at a slowed pace, but several large financial institutions have maintained their forecasts of an overall recovery this year.

“Commercial real estate in Calgary may be one of the final sectors of the economy to bounce back. It’s simply a supply and demand issue – with the former greatly outweighing the latter at the moment,” says Todd Hirsch, chief economist at ATB Financial.

“That said, falling prices for commercial space will create new opportunities that didn’t exist before. Prior to the downturn, those outside the energy sector were priced out of the market. But with affordability improving, we may see some greater economic diversity take root in Calgary.”

The Barclay Street report says the Calgary market is seeing an ongoing interest from investors which began during the third quarter of 2016.

Early in the year, Slate Asset Management finalized its purchase of a dozen office properties from Dream Office REIT (D.UN-T) for more than $200 million.

Also, the high vacancy rate in the downtown office market – hovering in the 25 per cent range – is bringing buyers from other markets who are trying to buy office buildings in a discounted price.

“This is a good indicator that investors still believe in the Calgary market and its ability to bounce back in coming years,” said Wallach.

“Oil is stabilizing at around $50 per barrel and Calgary Economic Development and the City of Calgary efforts to diversify tenancy in the central business district and the Beltline has helped build back confidence for the long-term investors.”