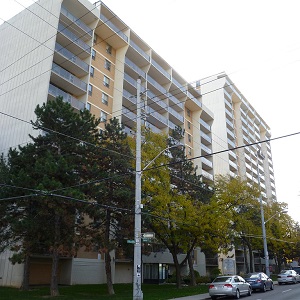 “The bulk of our assets exist in secondary and tertiary markets,” said Skyline Apartment Asset Management Inc. president Matthew Organ, adding Hamilton has evolved into more of a primary market since the portfolio was assembled between 2009 and 2015.

“Hamilton has become a hot market and, as a result, pricing has risen to the point where it’s very difficult for us — given our model and returns to our investors — to acquire there.”

Skyline Apartment REIT “made a handsome return” on the transaction, which was brokered by Primecorp Commercial Realty Inc. and the Real Estate Group at TD Securities, according to Organ.

Skyline Apartment REIT will redeploy the capital from the sale toward other accretive acquisitions and new-build properties in strong secondary and tertiary markets, though Organ said there was nothing he could speak about at this time.

“We’ve got a couple of medium-sized portfolios that we’re looking at and a number of one-off assets. If most of those things come to fruition within the next four to six months, we’ll probably be looking at acquiring another 1,000 units.”

Skyline Apartment REIT owns properties in about 50 different communities. Most are in Ontario, but it’s also represented in British Columbia, Alberta and Quebec.

While creating economies of scale by adding to existing portfolios in markets where it already owns properties is beneficial, Organ said the REIT will continue to look at expanding into smaller cities and towns where it doesn’t already have a presence. It’s “very well-capitalized” for additional acquisitions, he added.

Much of Skyline Apartment REIT’s growth has come from adding value to its assets, and that will continue to be important.

“The bulk of the assets in the province are 45 or 50 years old, so that’s where the value-add comes in,” said Organ. “You can acquire those types of assets and bring them up to a good standard. They’re absolutely rentable and there’s a huge market for that.”

Skyline Apartment REIT has also acquired some newly built assets over the last couple of years and will continue to be a player in the area, according to Organ.

It has also partnered on new construction with developers Highstreet Ventures in Alberta and Reid’s Heritage Homes in Ontario.

“If you want to stay relevant in this industry, you have to consider that,” said Organ. “There’s a massive amount of baby boomers who are reaching retirement age now. Anybody looking to downsize from a house to a rental is demanding better product.

“And a lot of what they want to rent doesn’t exist.”

New construction can incorporate features and amenities difficult to retrofit into older apartments. It can also attract a different type of tenant willing to pay more rent for higher-quality suites, buildings and professional management.

Skyline Apartment REIT is part of the Skyline Group of Companies, a full-service real estate investment and management company based in Guelph, Ont.