Slate Asset Management has a renewed interest in the Calgary commercial real estate market, and has returned to the city in a big way in recent months. 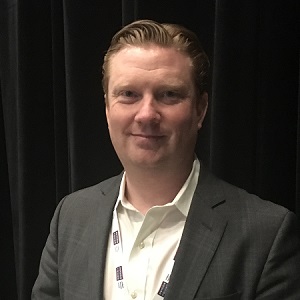 Brian Bastable, Slate’s chief operating officer, told RENX the company has purchased 24 properties in Calgary, primarily downtown office buildings, in the past 18 months and there is more to come.

What’s made the Calgary market so attractive?

“For me, it’s just been the availability of product and the price which we can acquire those assets. It’s one of the unique cities in Canada where there’s lots of opportunity relative to other markets,” said Bastable in an interview after participating in a panel discussion on investment at the Calgary Real Estate Forum on Oct. 22.

“We’re either firm or under contract with four more assets, downtown office buildings, to add to our portfolio right now. So those will be either going firm or closing next month, mid to late November. All downtown office, complementary to our existing portfolio. Out of the 24 assets that we have, 12 are downtown.

“Effectively we acquired five per cent of the downtown office stock last year and these four new assets will be complementary to the 12 that we have downtown.”

He did not identify the assets Slate is intending to purchase.

Bastable said Slate bought a number of properties in Calgary in 2006, but sold everything in 2011 in both Calgary and throughout Canada.

“We did have one industrial building (in Calgary) that we sold, the balance is office product but our fund will acquire any asset class across Canada. It just happens to be office.”

In September, the Slate Canadian Real Estate Opportunity Fund I announced it had renamed the 40-storey Scotia Centre tower, in the heart of downtown Calgary, to Stephen Avenue Place and that it would redevelop the 620,000-square-foot tower.

Slate is partnering with Oliver & Bonacini Hospitality and Concorde Entertainment Group to create three innovative dining destinations in Stephen Avenue Place;  a world-class restaurant on the top floor, an eclectic food hall, and a high-energy restaurant, bar and patio on the street level.

“We understand that the economy can go up and down and the market can go up and down like a bit of a roller-coaster, and some rides are longer than others. This one may be one of those long rides but we know it will come back,” said Bastable of the city’s economy, which suffered through recessions in 2015 and 2016 following the collapse in oil prices but is slowly recovering.

“We feel as though if you can acquire assets at a strong enough basis, on a low enough basis, no matter what happens in the future when value does come back we’ll be there and ready to sell.”

During the panel discussion, Jaime McKenna, chief investment officer of Minto Apartment REIT (MI-UN-T), said his trust is also “pretty bullish on Calgary and we continued to invest even during the downturn” as it holds a long-term view for the market.

“We expect that the Calgary market will recover and grow and it will be a great place for us to continue to invest, but it’s not going to come back as fast as it has in the past,” she said.

“We’ve wanted to be in the Calgary market for a few years but when it was booming here it was very hard for us to venture into the market,” he said. “We like it because for the first time the market has come off a little bit on rents and multi-family and where we can come in, do our value-add programs and boost rents.

According to a mid-year report by Barclay Street Real Estate, total dollar volume in investment sales in Calgary reached $1.257 billion in the first half of this year compared with $1.025 billion for the same period in 2017.

The report said the renewed appeal of commercial real estate that took hold in mid-2016 has continued this year with a 23 per cent year-over-year increase.

In Avison Young’s most recent third-quarter office market report, the CRE firm said investors, both foreign and local, continue to make big investments in Calgary as vacancy remains near an all-time high. Large, downtown value-add plays, core Beltline assets, and a wide variety of suburban assets are among the trades recorded over the last three months.

“The activity level through to the end of 2018 does not look like it will change the trend for the year, although the scale of office real estate transactions may be larger. A few notable downtown office lease deals and an uptick in absorption has changed market sentiment for the better, which will spur on additional investment activity,” said the report.

“A few early movers have been seen trading out of the assets they bought over the past 18 months to crystallize their sizeable gains. This has turned into a keen focus of other market participants that have sat on the sidelines throughout the downturn.

“Looking forward to 2019 there are a number of macroeconomic events that could greatly impact the market’s sentiment, including the provincial election, further LNG announcements, and the progress of West, East or South pipeline construction.”

CBRE, in its third-quarter report on capitalization rates, said aggressive valuations in other major Canadian cities have increased the amount of capital-seeking opportunities in Calgary, and cap rates remain stable as Calgary is in the midst of an economic recovery. Leasing fundamentals are also continuing to stabilize.