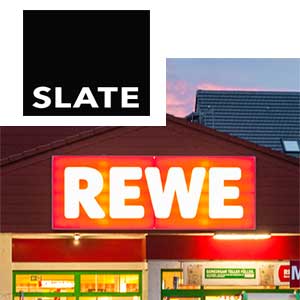 The tenants Edeka, Lidl and REWE are amongst the world’s largest retailers.

“We are happy with these acquisitions as they continue to solidify Slate’s long-term commitment to our European platform.”

The cost of the acquisition was not disclosed in the media release.

With this acquisition, Slate will own more than 100 grocery-anchored assets in Germany.

Goodwin Procter LLP acted as German legal counsel and KPMG LLP provided advice on the tax and legal structure for Slate in completing the transaction.

Slate operates two private equity funds in North America and another one in Europe.

Adopting a strategy that has proven successful in the U.S. at generating significant value for investors through its Slate U.S. Retail Redevelopment Fund, Slate established the Slate European Real Estate Limited Partnership I.

In the U.S., Slate began to acquire grocery-anchored shopping centres in 2011 and established a track record as trusted owners and operators. Slate says it built strong relationships with some of the largest grocers and created partnerships to generate value by developing and repositioning properties.

Slate’s midtown Toronto and St. Clair revitalization project is an example of its role as an advisor to institutional investors.

Five office buildings near the intersection of Toronto’s Yonge Street and St. Clair Avenue were the jewels in Slate Asset Management’s 2013 acquisition of GE Capital’s Canadian real estate holdings, and Slate has subsequently added five more nearby properties as it looks to revitalize the neighbourhood (Property Biz Canada, Aug. 4, 2016).

Slate was in the unique position of owning the buildings at all four corners of Yonge and St. Clair, comprising about 1.2 million square feet of office inventory, in partnership with Greystone Managed Investments.

“We saw a tremendous opportunity as the whole area had been overlooked and we didn’t see any reason for that,” said Slate managing director Lucas Manuel in 2016. “From an investment thesis standpoint, it was a pretty low bar to jump over.”

While about 50,000 come and go through Yonge and St. Clair via its subway and streetcar lines and about the same number pass by in cars, it’s largely a nine-to-five office node. Slate’s goal is to re-energize the area through vibrant retailers, restaurants, bars, streetscapes and public art.

Slate says it is is now well on its way to transforming Yonge and St. Clair into Toronto’s premier live-work neighbourhood.

Slate Asset Management L.P. is a Toronto-based and leading real estate investment platform with more than $4 billion in assets under management.

Slate is a value-oriented manager and a significant sponsor of all of its private and publicly traded investment vehicles, which are tailored to the unique goals and objectives of its investors.

Ann launched RENX in 2001 as a part-time venture and has grown the publication to become a primary source of online news for the Canadian real estate industry. Prior to RENX, she had a website hosting and development company that built more than 30 websites between 1997 and 2001. During the ’90s, she worked as a development coordinator in the co-operative housing sector in Toronto, guiding apartment building and townhouse developments from land acquisition through to occupancy.