It’s been anything but a quiet summer at the lake for executives at Slate Retail Real Estate Investment Trust (SRT.UN-T).  In the past three months, the REIT has purchased 10 U.S. shopping centres.

Two of those announcements have come in the past five days, namely  the purchases of North Lake Commons in Chicago and Dorman Centre in South Carolina. 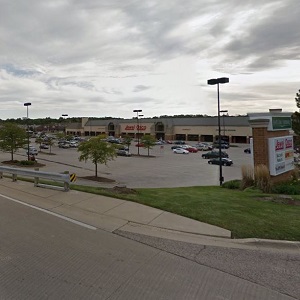 North Lake Commons in Chicago is one of the most recent shopping centre purchased by Slate Retail REIT. (Google Maps image)

Five of the purchases are of individual properties, while the other consists of a five-asset portfolio. In all, Slate has spent about US$168 million this summer.

The most recent deal is for the Dorman Centre, located just off I585 in Spartanburg, S.C., a few kilometres east of Charlotte. The shopping centre is situated in a retail node and anchored by Walmart. It was bought for US$46 million ($118 per square foot) and is 97 per cent occupied.

On Friday, it announced the purchase of North Lake Commons, a community shopping centre anchored by food retailer Jewel Osco and 89 per cent occupied. The purchase price is US$15.6 million ($122 per square foot).

Slate says the purchases of both these properties are expected to close in the third quarter.

Slate Asset Management L.P. is the REIT’s manager and will oversee all of the properties once the deals close.

Slate’s other purchases since June include:

Slate Retail REIT focuses on U.S. grocery-anchored real estate properties. It owns and operates more than $1 billion in assets across the top 50 U.S. metro markets, and seeks out properties which are regularly visited by consumers for their everyday needs.

All of the agreements are considered binding, subject to what Slate calls “customary closing conditions” and all are expected to close in the fall.