Canada must catch up on smart buildings: Uniserve CEO

Canadian developers, landlords and governments are about three years behind their international counterparts when it comes to establishing smart buildings and cities, says the new boss of Uniserve Communications Corporation. 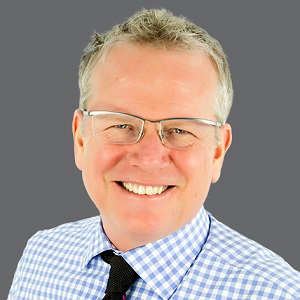 A newcomer to Canada, Nicholas Jeffery joined the 28-year-old, publicly traded telecommunication company as its CEO about six months ago.

Vancouver-based Uniserve (USS-X) is a relatively small communications company compared to the likes of Bell, Rogers and Telus. The company aims to take advantage of the Internet of Things revolution that’s taking place, which Jeffery said could help to make businesses, buildings and cities smarter.

There could be as many as 75 billion devices connected to the Internet by 2025, according to commonly cited estimates.

Canada has fallen behind

The Canadian market is about three years behind Europe when it comes to smart tech, Jeffery said. He points to blockchain as an example.

“If you go out and ask 90 per cent of the smart people in Vancouver in government, ‘What is blockchain?’ they’ll have absolutely no idea,” he told RENX. “The City of Moscow has a department of 90 people looking at the impact of blockchain on smart cities.”

Blockchain is a decentralized database system used to maintain a continuously growing list of records, called blocks. According to Investopedia’s definition, each of the blocks is timestamped and linked to the previous block, maintaining a full record to create tamper-proof ledgers.

Major financial institutions such as banks, central banks and stock exchanges are now starting to work on blockchain-based systems to increase the security for their record-keeping systems.

“What Uniserve is trying to do is to say how can we create platforms that will allow real estate developers to see the return on investment — which they’re a bit nervous about doing — and turn their real estate into smart real estate?” Jeffery said.

“Data is the new currency”

Jeffery said the technology to collect, control and deploy data in our homes and businesses is there, but Canadian stakeholders aren’t using much of it.

Data is the new currency, he said.

“There’s a lot of demand for how can I get my TV or my mobile device commanding and controlling a lot of peripherals be that light, be that heating, be that TV, be that fridges or whatever, and then finding that the mechanism or the glue for doing that does not exist in Canada,” he said.

“Now that’s ridiculous,” he said. “We need to show these tech companies that this market is mature enough and excited enough to give it the resources and the help locally in Canada to make this happen.”

While Vancouver developers continue to build green, Leadership in Energy and Environmental Design (LEED)-certified buildings, they are failing to make the transition from connected buildings to cognitive buildings, Jeffery claims.

“A smart building is not a connected building; it’s a cognitive building,” he said. “Any building can attach sensors to stuff. But if the data collected is not reviewed, analyzed and implemented, it’s dumb data. A good example of that is a door entry system.”

He says Canadian door entry systems typically collect occupancy data, but they can do much more.

In Europe, many buildings have cognitive door entry systems that determine how much air conditioning is needed on each floor and how much Wi-Fi bandwidth is needed to optimize the experience of the tenant, he said.

“But the big advantage is that Metro Vancouver (buildings) can move straight to that, straight past connected and straight to cognitive because the technology is possible.”

The gold standard for cognitive office buildings is the Intel building in Petach Tikva, Israel, he said.

Now under construction, the 366,000-square-foot research and development centre is loaded with thousands of smart sensors placed throughout the building. Those sensors will collect relevant data that’s useful to the 2,500 occupants.

The building’s system will recognize employees’ faces; control the lights; offer carpools based on estimated arrival and departure times; and show employees to vacant parking spots, according to No Camels, Israeli Innovation News.

The new building, expected to be completed in 2019, will also be LEED-certified.

“The building starts talking to staff before they even get to the building,” Jeffery said. The cognitive system communicates via smartphone about best routes, traffic congestion and the parking situation.

Soon, such buildings could help arrange maintenance and cleaning services for your car while it’s parked, or even arrange your groceries to be delivered while you’re at work, he said.

“That’s what Intel are doing.”