An invitation: Make a 2023 longevity resolution

Projecting rents, cap rates and some advice from Conrad Black

My moonshot could solve affordable housing

A record transaction, a $1M gift and a funeral for a friend

Between 1965 and 1975, Sam Katz and Ewald Bierbaum built the Cherryhill apartment community in Lo... 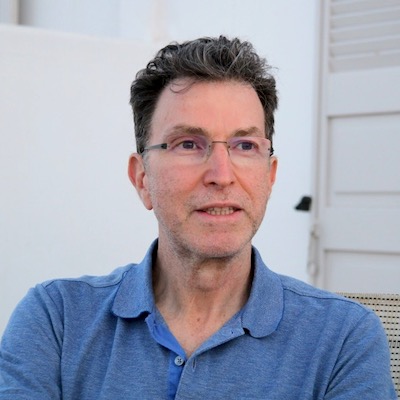 Howard Katz and the Katz family were involved in a record-setting (at the time) apartment building transaction in London, Ont. Howard, shown in this 2019 photo, passed away in January. (Courtesy Katz family)

Between 1965 and 1975, Sam Katz and Ewald Bierbaum built the Cherryhill apartment community in London, Ont., that was owned until 2011 by the Katz family.

I have completed a number of commercial real estate transactions over the last 15 years but nothing stands out more in my mind than what was, at the time, the largest single apartment transaction in Canada (click for video).

What has stayed in my mind is not the transaction itself, but the participants in the deal. It may be trite to say that as brokers, we are in the people business, especially because of all the bricks and mortar involved.

However, at the end of the day, to get a deal across the goal line it’s about the real estate for sure, but it’s also about the people.

Sam Katz’ eldest son Howard Katz took over the reins from his father, along with his brother Harvey and brother-in-law Marc Gerofsky.

Howard passed away on Jan. 4, 2020 and his funeral was attended by 1,600 people. At the large church on Bostwick Road in London, the lights went down and Howard appeared on the screen speaking extemporaneously without notes (after all, he was the pastor of Open Door Christian Fellowship).

He spoke about life, death and what lies beyond and he did so with comfort and grace (click here to see and hear Howard speak).

Reflecting on the Cherryhill transaction

Howard’s passing has given me an opportunity to reflect on the Cherryhill deal and some of the more interesting moments we experienced, as well as some of the things I learned from this transaction and its participants:

* Most transactions of this size are a challenge to complete, with the parties often getting into fights and disagreements. This deal was different.

Most times, on the day of closing, the parties will get into an argument over chattels and someone will swipe the snowblower. Closing day for this deal was an entirely different story.

Part of why Howard and the Katz family chose Minto (together with partners Kingsett and HOOPP) as the ultimate buyer was that, at the time, they were a family-run organization. Minto has since gone public, but it was the similar family company structure and culture which gave the Katz brothers confidence in the ongoing management of the community they cared so much about.

On the day of signing final closing documents in London, Alan and Roger Greenberg of Minto announced they would make a $1-million donation to the charity of the Katz family’s choice. It was just the right way to honour the Katz family and solidify the relationship between the buyer and seller.

On his experience working with Howard, Alan Greenberg shared: “It was a real pleasure to work with the Katz family. Their morals and values were the same as ours. Howard was a great guy. He had a great sense of humour, loved to fish, cherished his family and put the needs of the community before his own. ‎He set the bar for all of us. We miss him.”

* The three brothers each had their roles: Howard was the natural leader, Harvey was the acting mayor and Marc was the CFO.

The Katz family viewed Cherryhill as a naturally occurring retirement community, a NORC, as 85 per cent of the residents were seniors and they saw their role as more than just a landlord. They cared about their tenants and this was easily evident.

Harvey Katz was essentially the “mayor of the town” – we could not walk through the community’s shopping mall without him stopping to greet residents and ask them how their grown children were doing. As a gesture of understanding their tenant base, the Katzes installed an elevator to assist tenants in reaching their second-floor office.

During due diligence, Minto’s team pored over all the documents at the Cherryhill office. At one point, they challenged me because the delinquencies were about $2,500 on $27 million of rental income and they asked me how delinquencies could be that low.

I guess if you take care of your tenants, they make sure to pay their rent.

A man who knew his priorities

One last story helps show what kind of a landlord Howard was.

We were once at a critical negotiation with several lawyers at Lerners’ office in London. I needed Howard there to get through some critical sticking points.

At one point, Howard told me he had to leave the meeting. I expressed my concern that this was a critical time in negotiations and we needed him there but he adamantly said he had to go bury one of his tenants and he left.

He was a man of principle, who knew the order of his priorities.

The Cherryhill Apartment community was an attractive asset and this had a lot to do with the way Howard, Harvey and Marc managed it.

They took care of their residents and they were rewarded with high occupancy, low delinquencies and rents that reflected not only their asset but also the management platform and culture of their company.

This is a good takeaway for any landlord: figure out the needs of your tenants and do all you can to meet them.

Many people wonder how many will attend their funeral; Howard’s was overflowing. This was a man who seamlessly blended faith, marriage, fatherhood and a successful business.

All were done with a natural ease and intelligence.

When I last met with Howard in November 2019, I told him, “when you get to heaven, send me a message so I know it’s real.”

In a friendly, but serious way, he told me I shouldn’t have to ask that question (meaning that I should already have that confidence as a Christian).

He was a man sure of his faith and eager to share it.

Howard leaves behind a beloved wife, three sons and daughters-in-law and five grandchildren. His sons are following in the footsteps of their grandfather and father in real estate development in London (click to learn more about the Litera Group).

Oftentimes, when you do a brokerage deal and the family has no more apartments left, you intend to stay in touch with them but as time passes, the relationship fades away.

Something always drew me to the Katz family and I don’t anticipate Howard’s passing will change this going forward.

The funeral ended with this song, Well Done by the Afters, and I think it rings particularly true with respect to Howard and the life he lived. Well done indeed!

Derek Lobo Founder and CEO , SVN Rock Advisors Inc.
Derek Lobo is the CEO of SVN Rock Advisors Inc., a unique full-service brokerage firm. He has focused his entire career on the North American apartment building business. He’s recognized as an expert in new apartment construction, affordable housing, student housing, and has established a sterling reputation as an expert advisor in this field.