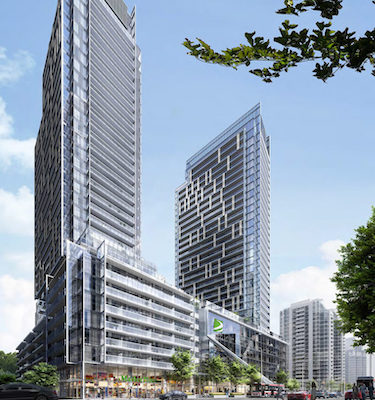 More than 1,200 industry professionals attended the event, which honoured achievements in planning, design, sales, marketing and city building in 40 categories. A group of 41 judges determined the winners from 850 submitted entries.

A highlight was the presentation of BILD’s highest honour, its Lifetime Achievement Award to Sorbara, principal with the Sorbara Group of Companies.

Sorbara companies is an integrated real estate, planning, development, construction, investment and management firm with 75 years of history. Edward Sorbara started working for the family business upon completing his MBA in 1967.

“I can only imagine the changes that he not only witnessed, but has been a part of over his 52-year career,” said Dave Wilkes, president and CEO of BILD, in a prepared statement. “What I think really defines Edward is the man he is and the way he contributes to industry efforts, never being afraid to tell it like it is and always in the context of what is best for the Greater Toronto Area.”

Sorbara has been active in many industry association initiatives, including:

* the Urban Development Institute of Ontario, where he served a term as president;

* the Urban Development Institute of Canada, where he also served a term as president;

* the Founding Steering Committee of the Toronto City Summit Alliance, where he co-chaired the Affordable Housing Coalition;

* as a long-standing member of The Society of Industrial and Office Realtors;

* and The National Association of Industrial and Office Parks.

He has also served on the boards of many community and charitable organizations.

“I think that’s why lifetime achievement awards are given out,” said Christina Sorbara, vice-president of corporate knowledge, Sorbara Group of Companies, in the statement. “It’s to recognize individuals like my father that have helped shape where we live and where we play. I think he’s deserving of this award because of what he represents.”

Taking home the night’s most prestigious awards for Home Builders of the Year were Great Gulf Homes for Low-Rise and Tridel for Mid/High-Rise.

The People’s Choice Award was awarded to Aoyuan International for its M2M development. M2M is a condominium community that encourages a healthy urban lifestyle, and is designed to make it easy for families to raise children in the city. The master plan includes over 1,500 new residences, a community centre and a daycare.

“Over 5,200 people cast votes for projects that competed for the best in city building,” said Wilkes in the statement. “These projects demonstrate how the industry is providing a wide range of housing options for home buyers in GTA.”

Alterra Group of Companies and Graywood Developments Ltd. won Best Mid-Rise Building Design for Wonder Condos. Wonder is one of the last of its kind in Toronto, a landmark address that will house heritage lofts, condos and townhouses on the site of the former Weston Bakery on Eastern Avenue.

The award for Best Overall Marketing Campaign went to the team of Empire Communities and Pureblink for Empire Phoenix.

BILD, with its 1,500 member companies, is the voice of the home building, land development and renovation industry in the Greater Toronto Area. The industry provides $33 billion in investment value and employs 271,000 in the region.