A Vancouver commercial real estate listings start-up has joined forces with an American software company to reinvent and expand its business model. 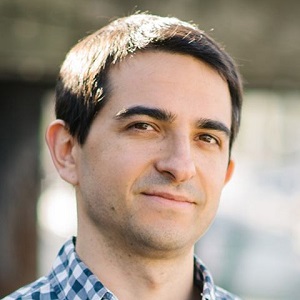 Formed five years ago, SpaceList has teamed-up with Common Areas, a software firm from California that created a cloud-based property management platform for building managers to interact with service, security and maintenance firms that do work at a property.

“We can’t disclose financials of course, nor the particulars around ownership,” Jaffe said of the changeover. “SpaceList did go through an asset acquisition, and ownership and leadership has changed,” he said.

Jaffe told RENX this week he felt SpaceList, in its prior form, had been too focused on serving the needs of commercial brokers, who seemed to need little help in the current commercial property buying frenzy.

He felt it was best to pivot the site toward the tenant or buyer side of the business, with a focus on helping small businesses to find commercial space in Canada. He said joining forces with Common Areas would help to provide a full-service package to their customers.

The deal means that Common Areas’ Company edition will be made available to SpaceList’s users.

Currently, SpaceList has about 18,500 listings for lease or sale across Canada, and more than 1 billion square feet of space being marketed, Jaffe said.

He said large brokers are already doing well amid a robust commercial leasing and sales market and don’t need as much help as  small and medium-sized businesses who are struggling to find space due to a lack of connections and experience in the marketplace.

“The brokerages are doing great,” he said. “There’s lots of big deals going on.”

However, small businesses who aren’t familiar with the industry can’t get space fast enough, Jaffe said. “There is such demand, especially in Toronto and Vancouver and Ottawa.”

With more focus on the tenant side of the business, Jaffe said he can expand the service, which already has a lot of traction, traffic and listings. Jaffe said they now have six full-time staff, and a few contractors and part-timers. After helping tenants find a space, it became clear many would need help running their new properties, Jaffe said.

That’s where Common Areas comes in.

“New tenants and owners are moving into their first space and they’ve never had to report a problem about the building,” he said. “They don’t know what to do.”

He said he got sick of chasing down important contacts via phone, text, email and faxes. “There wasn’t really any consistency from one to the next,” he said. “I looked for solution and I couldn’t find anything.”

“Common Areas is a workflow and collaboration system and any property owner or property manager, as well as any landscape company or plumber or electrician or security guard, can use in tandem around work,” he said.

“SpaceList and Common Areas both saw firsthand the challenges small businesses face when major corporations are the primary target audiences,” Rue said. “The vast majority of software applications and other important tools weren’t being designed or priced for smaller businesses.”

Common Areas has packaged their system in a free version as well as a priced upgraded “company” package worth US$25 per month. “If one company can afford it and another one can’t, it doesn’t make it useful to collaborate,” Rue said.

“Because there are so many forms of communication that are kind of segmented or in a silo unto themselves, folks aren’t able to aggregate data to help them make better decisions over time,” he said.

“With our system, it allows you to tap into some business intelligence about your assets and about your teams so you can make a rather profound difference in the way you’re operating.”