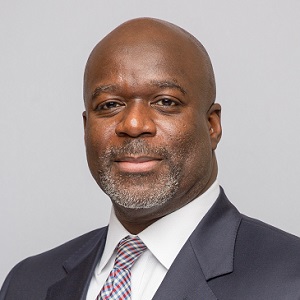 Dennis Mitchell is the CEO and CIO of the newly created Starlight Capital. (Image courtesy Starlight)

“Starlight Investments’ strategic plan includes disciplined growth of assets under management, including a real estate securities business, and that happens to be one of my strengths as a portfolio manager,” Mitchell told RENX.

Starlight Investments is a Toronto-based, privately held, full-service real estate investment and asset management company that has more than 130 employees.

Starlight Investments has more than $8 billion in assets under management, including strategic relationships with pension plan partners, prominent family offices and publicly listed entities. Mitchell said his subsidiary will have access to sufficient capital to meet both regulatory and business development requirements.

Regulatory approvals are being sought and Mitchell doesn’t anticipate any issues or delays.

“We expect to announce one of our strategies in the near future,” said Mitchell. “However, if you review my investment record you will see that I have historically invested in global real estate securities in all sectors in many developed markets.”

“We hope to capitalize on the natural synergies, including those that are created when direct real estate investments are paired with publicly traded real estate securities,” said Mitchell.

Mitchell has more than 15 years of experience in the investment industry, most recently at Sprott Asset Management, where he was senior vice-president and senior portfolio manager of several funds. Mitchell left Sprott in August after the firm was sold to John Wilson and James Fox.

“Initially I took some time off and travelled with my children,” said Mitchell. “In the fall, I began to seriously review my options and quickly identified this opportunity as the one that most attracted me.”

Mitchell was previously executive vice-president and chief investment officer of Sentry Investments, where he oversaw the firm’s investment management team and investment funds.

He holds a chartered professional accountant designation and earned a bachelor of commerce degree from the University of Toronto’s Rotman Commerce program.

“Graeme and I have been friends since elementary school, and we worked together at Sentry Investments for a decade,” said Mitchell.

“His work ethic and integrity are inspiring, and I’m excited to partner with Graeme on this new endeavour.”

While Starlight Capital will leverage some of Starlight Investments’ relationships and infrastructure, Mitchell said he and Llewellyn are “recruiting a number of people into very specific roles and, when we are ready to launch our first product, we will have a full team to work with.”