I was 20 years old when I made my first serious attempt at selling myself. I had come to the real...

I was 20 years old when I made my first serious attempt at selling myself. 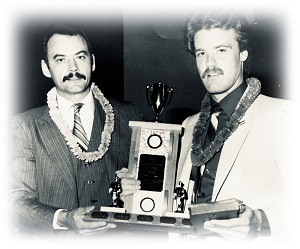 I had come to the realization after a period of overseas travel that we were incredibly fortunate to live in Canada.

Due to my age and the fact I had no prior sales experience, the sales manager for the real estate development company with which I had secured an interview was unconvinced. He did, however, reluctantly agree to hire me, most likely because I would not quit calling him.

Within a year and a half I came to the realization that I was too limited in product availability and moved over to another division of the company. I now had access to the entire real estate market and my passion for the industry grew.

Within my first full fiscal year selling in this division, I managed to secure the top salesperson award, unaware of the challenges about to hit the market.

Looking back, I would have been grateful to have even 10 per cent mortgage money available for the first 15 years of my career.

I had a very good friend lock-in for five years at 21.5 per cent because many economists were projecting the five-year rate was about to accelerate to 28 per cent (when he later had to relocate, he was forced to turn the keys back to the financial institution. The mortgage payout and penalty far exceeded the value of the property).

I often recount that story to people entering the business. The fact we were nonetheless able to make a living as a full commission broker in those uncertain times provides confidence in this industry as a stable career choice.

A work ethic that is tied to my core was instilled in me at that time.

In 1992, I was given the opportunity to move into the position of non-competing manager of the real estate office where I was working. I recall sitting in my new office that first day after years of selling, coming to the horrific realization that I was now going to be stuck at that desk!

It turned out that was not to be true. A rewarding part of the position involved networking and recruiting other new and existing agents, building the team to over 30 full-time agents.

In 1996, that company was sold. I was intent on exploring a position which offered a new challenge.

Having spent most of my working life as a full commission broker, I was drawn back to selling with a specific focus on commercial real estate with ICR.

It took a bit longer than it did back in 1978 to establish myself in this new career, but there have been no regrets.

Although I cannot claim to be No. 1 in North America . . . I have been privileged four times to achieve the Annual Saskatchewan Top Producer Award for ICR.

That personal experience has provided insight which allows me to counsel clients from a more intuitive perspective (often able to use the words: “here’s what I’d do in that situation . . .”).

My business manager Kelly Macsymic and I have been co-authoring SaskEdge since 2013: I am also a regular contributing author to RENX and the Broker List.

In 2014, a group of our team members purchased ICR Commercial Real Estate and I assumed the position of managing partner and senior sales associate

It has always been my business goal to deliver an INNOVATIVE/PRINCIPLED/EFFECTIVE approach to sales and project development.

My leadership role in the ongoing growth of the ICR group of companies has been the most rewarding of my career. Believe it or not, I feel like I’m just getting started!

Previous volunteer experience includes service on the board of directors of the Saskatoon Real Estate Board as vice-president as well as chairman of the public service, arbitration, membership, MLS and public relations committees; chair of St. Philip Neri Parish council; and member of the Canadian Ski Patrol System.

I believe it is important to give back and therefore support various community-based organizations.

I’ve always believed a career cannot be considered successful without some work/life balance. My attempt at this includes, in addition to setting aside some time to grow my spiritual life; road cycling, yoga, downhill skiing and some “unplugged” vacation time.

One of my early-morning favourite pastimes is digesting the newspaper accompanied by a great cup of coffee and my wife’s baking.

And most important, for my wife Franki and I, is enjoying time with our family of five adult sons and their families which (so far) include two grandchildren. And . . . any mention of family would be incomplete without also mentioning our mini-schnauzer Nash!

Barry Stuart Managing Partner and Senior Sales Associate , ICR Commercial Real Estate
Barry has been with ICR since 1996 and is at the heart of ICR’s ongoing corporate growth. His primary focus is origination and execution of commercial real estate sales throughout Saskatchewan. Barry offers experienced representation as a broker in all asset classes and brings an intuitive insight to his client interactions. He is a four-time recipient of ICR’s annual Saskatchewan Top Producer Award and is a regular contributor to industry publications, as well as the co-author of the blog The Saskatchewan Edge. Barry is married with five adult children and is kept very busy during their family fun time with seven grandchildren.