The Metro Vancouver commercial property investment market is showing signs of slowing, according to a 2018 first quarter report by Altus Group. 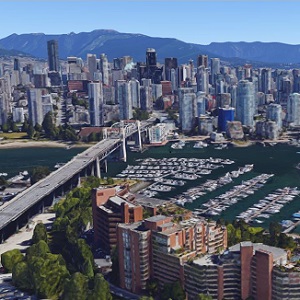 Overall investment volumes across all asset classes fell by 22 per cent in the first quarter of this year when compared to same period last year, according to the report by Altus Group — a provider of independent advisory services, software and data solutions to the global commercial real estate industry.

Altus tracked a total of 480 deals in the first quarter, each worth more than $1 million, for a total of $2.9 billion.

Deals for land accounted for 57 per cent of the market, including a couple of unique strata dissolution deals which suggest investors and developers are seeking new ways to get a hold of land in the highly-competitive market.

He said several factors are at play in the apparent slowdown in the Metro Vancouver commercial property market, including the cumulative effect of several government interventions in the market. Among those are the provincial government’s foreign buyer tax and Vancouver’s empty homes tax.

“I think that’s causing some pause in terms of land banking or investment in land for future redevelopment projects,” he told RENX in an interview.

He said investors who already hold land might be pushing pause “until they see which way the condo market might head as a result of some of those restrictions or taxes that governments have put in place.

“Also, we’ve had quite a number of fairly significant land transactions occur in the course of the last two years, and I think we’re starting to see the slowdown of easy-to-develop sites, and we’re getting more into creative land acquisitions or creative site acquisitions that require [more] planning,” Richter said.

In 2016, the provincial government updated the Strata Property Act so a strata dissolution now requires only 80 per cent of owners to agree for the land and building to be sold.

In one case, a strata condo building called Garden Court at 1830 Alberni Street in Vancouver’s West End sold for $52 million after the strata corporation agreed to liquidate the 42-year-old building and lands, according to the Residential Land Transaction Summary provided by Richter.

A numbered company purchased the land and buildings, which were assessed at $21.7 million.

In a separate deal in North Vancouver, the 2.4-acre Lynnmour Village South Site was purchased for $31 million after a similar strata dissolution.

Constructed circa 1973, the property included 90 units in four buildings, according to the summary for that deal.

The strata decided to dissolve after a series of building reports showed the complex needed extensive repairs that proved to be financially unsustainable, the summary indicated.

The new applicant has proposed a high-density, multi-building development on the site. Woodbridge Northwest, listed as the purchaser of the site, did not reply to a request for comment.

“These older buildings are coming to an age where the owners of each of those individual strata units and the building may be facing levies to do capital work,” Richter said. “They have developers that are coming in and offering them market value to basically walk away.”

He said these deals are taking two forms: 1) the strata corporations agree to dissolve themselves and then liquidate the property, or 2) developers individually purchase units so they can eventually take over 80 per cent of the building. “And then they can control the fate of the property,” he said.

Richter said more of these deals will start happening in Metro Vancouver.

“We’re currently tracking a handful already… where the developers are acquiring single strata units. We’re calling that a strata wind-up in progress,” he said. “We are seeing a handful of specific addresses where we’re watching developers pick up more and more [units] as the days and weeks go on.”