Let’s put the cards on the table!  We tend to support societal arguments which align with our own special interests. 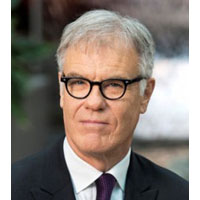 We want what we want, but are not prepared to see the opposite side of our position. We align ourselves with special interest groups which agree with our view of the world.

According to 2016 census data, 53.6 per cent of Canadians live in single-family homes. Saskatchewan, at 72.7 per cent is second only to Newfoundland & Labrador at 73.3 per cent.

The census reported only 2.4 per cent of Saskatchewan’s population lives in an apartment with five or more storeys compared to the Canadian average of 9.9 per cent.

Pros and cons of suburban growth

Many of us step into adulthood with the North American dream of starting a family and buying a single-family home. We desire a reasonably sized yard, plenty of green space to play with our children, schools, libraries and swimming pools we can walk to. This type of development can offer a great lifestyle!

As our communities continue to grow, is it sustainable?

City Hall needs to expand and hire more administration to manage it all. How do you calculate a precise value for those increased costs?

If a number was available, you can be assured new homeowners purchasing the lots, land developers and the homebuilders would object to paying it.

The cost-recovery strategies we currently employ are never enough from those parties and everyone pays.

Commercial and residential property owners throughout the city incur those non-recoverable expenses through ongoing tax increases.

Pros and cons of urban densification

Simply put, there is a certain amazing buzz present in those great high-density cities that call us to visit; Barcelona, Paris, London, New York and Vancouver all have it!

These great places have achieved a balance of medium- and high-density development that works. Public transit, utility and infrastructure costs are reduced.

The downfall of these major urban centres can include increased crime, reduced green space and lack of appeal to young families.

The City of Saskatoon recently approved rezoning of a core area property to permit a seven-storey residential development. There was an outcry from local residential property owners.

I get it; I don’t like the idea of a multi-storey apartment block towering over my rear yard. Many of these same homeowners, however, would also be the first to criticize City Hall for increasing property taxes.

Time to make a choice

Unfortunately we can’t have it both ways. It’s time to accept the facts and pick our poison! Which direction are we headed?

I am not currently aware of a sustainable strategy for continued urban sprawl.

As the 2015 Hemson report on Saskatoon’s growth states, “infill and redevelopment can be very cost-effective if existing infrastructure has unused capacity.”

Saskatoon, in fact, does have existing unused capacity which can be found on roadways, sidewalks, bridges, water and sewer lines.

The city has no choice but to approve well-designed, high-density development in order to achieve the growth plan which includes an increase in population to half a million.

There’s no doubt in my mind urban densification is our future.