Record low office vacancy rates and rising rents in downtown and midtown Toronto could pave the way for better results in the suburbs, according to a new Avison Young report. 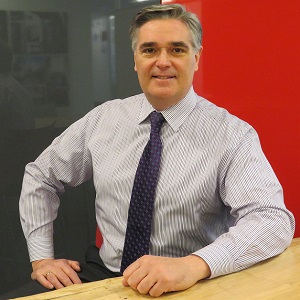 “The ongoing trend of people and companies gravitating to urban locations has clearly narrowed the number of options available for tenants and made downtown and midtown a more expensive place to do business,” said Bill Argeropoulos, principal and practice leader, research (Canada) for Avison Young.

“On the flip side, you have the opposite story in the suburban markets, with numerous options at more affordable rates both in existing product and new builds. But this situation is also changing. Suburban landlords are investing more as some tenants are opting to remain in their current suburban locations or relocate to other suburban locales.”

The Greater Toronto Area (GTA) office market report pegs the overall GTA office vacancy rate at 6.5 per cent, but the downtown and midtown rates remain below three per cent. The suburban rate is 10.6 per cent — in part due to recent new inventory.

“One key is the emergence of transit-oriented development hubs in the suburbs, which are starting to offer some urban-style amenities for tenants. Vaughan Metropolitan Centre is a perfect example, with companies such as KPMG and PwC, which have a significant presence in the newest towers in downtown Toronto, also choosing to keep a suburban presence near the new transit hub. PwC also has a new location on Davis Drive in Oakville, adjacent to the GO station.”

The report says occupancy increased due to deals signed in previous quarters. Absorption in the first quarter of 2018 was 655,000 square feet. Unlike in previous quarters, however, the suburban markets collectively outpaced downtown and midtown by about a two-to-one margin.

More than 2.1 million square feet of lease transactions were concluded market-wide in the first quarter of 2018. That’s down from the fourth quarter of 2017 result (and the 2017 quarterly average) of almost three million square feet. Still, it was enough to lower the GTA’s overall availability rate to 10.2 per cent, to go with the first quarter vacancy rate of 6.5 per cent.

Sublet availability has remained relatively steady in the GTA, accounting for roughly 12 per cent of the available space at the end of the first quarter. Sublets make up 17 per cent of available downtown space, up from 14 per cent a year ago.

“Tenants relocating to accommodate growth will sublet their space, and in some cases are profiting, given today’s competitive market,” said Argeropoulos. “Some landlords are opting to take back space rather than allow tenants to sublet, providing additional expansion options for existing tenants and taking advantage of higher rental rates themselves.”

Downtown and midtown Toronto office vacancy rates are at respective record lows of 2.5 and 2.9 per cent. No significant new supply will arrive until 2020, when 2.5 million square feet of the six million square feet now under construction is scheduled to be completed. All of that space, however, is likely to be pre-leased.

A few smaller development and redevelopment projects scheduled for completion in 2019 could provide a bit of relief in a tight market where rents have risen significantly due to lack of supply.

Many of the big moves in recently completed downtown buildings have already happened. There are some mid-size transactions, in the neighbourhood of 50,000 square feet, through which tenants are scheduled to relocate in 2018. Argeropoulos said these include BDO, SAP Canada and WeWork.

Co-working space providers such as WeWork are having a disruptive effect on the market, according to Argeropoulos.

“Although these providers offer more flexible options than traditional lease structures, the trend is not necessarily welcomed with open arms by everyone in the landlord community. For now, landlords and brokers are trying to understand the pricing model and how to be competitive.

“As long as there are customers willing to pay a premium, co-working will succeed. But it begs the question whether this would be a different story if vacancy was sitting at 10 per cent or 12 per cent. Only time will tell.”

A flight to quality is expected in a soft market, with tenants in class-B and -C buildings upgrading to class-A space at discounted rental rates. However, in this tight market, limited options are forcing tenants to consider any available space, regardless of class, provided they’re willing to pay the necessary premium rates to secure it.

“As a result, some tenants may be pushed up a class while others may be pushed down purely based on what is available to meet their requirements,” said Argeropoulos. “A closer look at the downtown market by class reveals little spread among the classes for vacancy. All are near the overall vacancy rate of 2.5 per cent.

“In contrast, the vacancy spread among classes in the suburbs is much larger, allowing the flight to quality to be more apparent.”

“Suburban vacancy may dip into single-digit territory by year-end 2018 if the momentum we are seeing in the suburbs is sustained,” said Argeropoulos.