Vacancy rates have declined in all major suburban office markets in Canada and the children of baby boomers might be to blame, says Craig Hennigar, the Vancouver-based national research director of Colliers International. 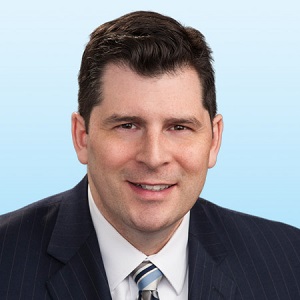 “That group is between 25 and 44 years old and they’re aging into a different stage of life,” Hennigar told RENX in an interview. He was commenting on Colliers’ Q3 2017 Major Markets Reports for Canada’s six major office and industrial markets, which is being released this morning.

“This is something we were anticipating a couple of years ago – that suburban was going to become more desirable.”

While the demand for suburban office space in Toronto and Vancouver can be partly attributed to historically low downtown vacancies, Hennigar believes that is not the only factor.

The decline in suburban office vacancies coincides with the children of baby boomers – often referred to as millennials – increasingly opting to live in the suburbs as they form their own families, he says. That’s in contrast to the focus of the last decade, when firms wanted to be downtown because that’s where their employees were and where many young people tend to live.

“There’s been a lot of growth in the suburban areas which is going counter to a lot of this live, work, play, everyone-has-to-live-downtown philosophy that has been developed.”

He notes, for example, that while the Greater Toronto Area has grown by about 360,000 residents in the past five years, Toronto’s downtown area grew by only about 45,000.

Rental rates also down, except in GTA

While office vacancy rates have declined in suburbia, so have suburban rental rates in all major markets except Toronto where there has been a 23 per cent increase in suburban rates, the report found. (Calgary’s suburban asking rates were not available for the report.)

“It’s an interesting phenomenon,” Hennigar says. “My hypothesis is we’re starting to see the better space in the suburbs already taken up, so what’s remaining is the less desirable space,” including older class-B buildings and less ideal locations.

The report also found rents in all major Canadian downtown markets (Vancouver, Calgary, Edmonton, Toronto, Ottawa and Montreal) have declined. Calgary, which saw a 25 per cent decline in rents, now has the lowest downtown office rates of the six markets.

However, Calgary recorded positive net absorption of 138,000 square feet in the third quarter.

“We’re starting to see some traction in that marketplace,” he says. “The problems in Alberta are largely behind them and we’re going to see a long recovery. It’s going to take a while, especially in office, but I think we are into that positive growth again.”

On the industrial side, Hennigar says last month’s announcement Amazon will build a 600,000-square-foot distribution centre just north of Calgary indicates the potential for continued growth in the area.

The Amazon decision not only highlights the importance of inland terminals, but shows Calgary “has emerged as a very desirable inland terminal location.”

Colliers found vacancy and availability rates in the Greater Montreal Area continue to decline, finishing the third quarter at 4.0 and 6.6 per cent, respectively.

It says “spectacular growth” in the artificial intelligence (AI) sector bodes very well for Montreal’s industrial development, with the city increasingly being recognized as a global hub for AI development.

The industrial vacancy rate in the Toronto area has fallen to an “insanely low” 0.9 per cent. Not far behind is Vancouver at 1.8 per cent.

While there is a need for more development in Vancouver, new supply in the city is being restricted by geographical and regulatory constraints.

Toronto has much more room to grow on the industrial side, Hennigar says.