The suburban Toronto office market has had its ups and downs over the past 15 years and, while it can’t match the robust activity in the city’s downtown core, there’s still much to be said for it. 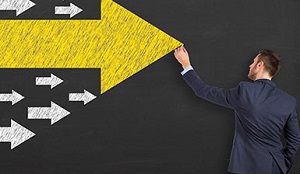 In fact, there was a consensus at a panel at The Real Estate Strategy & Leasing Conference at the Metro Toronto Convention Centre on Sept. 19 that low vacancies and high rents downtown could draw more people to the suburbs, where vacancy rates of up to 20 per cent are expected to drop.

JLL vice-president Sandy Craik said land in the suburbs is still cheaper and suburban buildings can use steel-frame construction, which is less expensive than concrete and contributes to office buildings being built in less than half the time.

Small and large companies in suburbs

Matt Gunning, Avison Young principal and managing director of the company’s Toronto North office, said immigration by entrepreneurs to northern Toronto, York Region and Mississauga has had a positive impact on those office markets.

“We see a huge growth in our tenant base from tenants under 5,000 square feet who are starting companies that are great tenants for our suburban buildings. They’re leasing 3,000 to 6,000 square feet and they’re in very diverse parts of the economy, from real estate to financial services to marketing.

“They’re servicing both their communities as well as the larger economy.”

Gunning added major auto companies including Honda, BMW and Toyota have committed to office space, while General Motors has rejuvenated the former American Express site in Markham by taking 150,000 square feet for a new technology facility.

“I think there’s a pace to things happening in the suburbs that is driving activity. So if you’re ready to catch that ball when it comes your way, your tour experience is where it should be, and you have amenities that fit what their requirements are, you can move quickly and do deals faster and accelerate the leasing process because of that.”

“The 3,000- to 5,000-square-foot range is our sweet spot for tenants who have very good credit,” Hodgson said of Slate’s Woodbine & Steeles Corporate Centre in Markham. “To the extent that they’re newer businesses, they’re well-funded and can put down large deposits.”

Markham and the technology sector

Markham has had a reputation as a technology hub for 25 years with companies including IBM, CGI and Oracle, but Gunning said some of the shine might be coming off the brand.

“There’s nothing much entrepreneurial happening at those companies, so they’re really doing a lot of cost-management. We’ve seen IBM buy half-a-dozen firms of real scale over the last five to seven years. They take the best-of-the-best people and the intellectual ideas and software platforms, and they dump the space.

“They bring a handful of people back to IBM headquarters, and even there they’re still shrinking their footprint and having people work from home. There’s a whole desk-sharing concept that they’ve pioneered and have been doing for the last 10 years at their Markham head office.

“They’ve really led the charge and, as a result of that, their footprint is shrinking. Their brand is still on the towers but they’re nowhere near the scale of square footage that they once were.”

Colliers International associate vice-president Chris Burans said small tech companies in the Western suburbs are often looking for up to 10,000 square feet of space. But once they reach that level or need more room, their employees often feel they should be in the King Street West/Liberty Village tech hub downtown.

However, Burans pointed out he’s done four transactions in the 7,000-square-foot range in a building near Kipling Avenue and Dundas Street West with former Liberty Village tenants. They didn’t have their leases renewed because landlords were looking to open up blocks for larger tenants.

Burans said landlords should reinvest in older suburban buildings and try to do “little things” to make them more attractive and have a more downtown-like atmosphere.

He cited Crown Realty Partners’ 2233 Argentia Rd. property in Mississauga, an older building which had 100,000 square feet of empty space and was competing against new product. Crown made some improvements, then was able to fill most of those vacancies in eight months by leasing spaces of about 10,000 square feet each to several tenants.

“At Slate, we used to feel that we had a competitive advantage because we were either competing against private companies that were not well-capitalized to reinvest in their buildings, or institutions that held suburban assets in a larger portfolio and weren’t spending enough time on them to drive returns because their attention was focused elsewhere.

“But now I look at the recent trades of suburban assets, and it’s been ourselves, Morguard (MRC-T), KingSett and Crown. We’re all very dynamic and value-add-orientated investors. I think that’s going to lead to more refurbishment of the existing stock to achieve growing rents.”

“We’re looking at shared work spaces like yoga studios and conference centres that tenants can use for free to take that planning out of their space and move it into a common amenity at landlord cost.”

Hits and misses with public transit

While municipalities are spending millions of dollars on public transit infrastructure, Burans doesn’t think tenants are using it as much as politicians and planners would like.

It works near the Mississauga City Centre Transit Terminal and the Highway 427 corridor, due to its proximity to the Kipling subway station and the fact some landlords provide shuttle buses to and from their buildings. Similar shuttle programs further west in Oakville and Burlington to GO Transit stations aren’t nearly as popular, however.

The completion of a subway extension to the Vaughan Metropolitan Centre, the confluence of the 400 and 407 highways, new office and residential construction, and the high quality of recently constructed buildings has made Gunning very bullish on Vaughan.

That region was considered a primarily industrial market 10 years ago.

“Vaughan is real and it’s going to keep going,” he said.