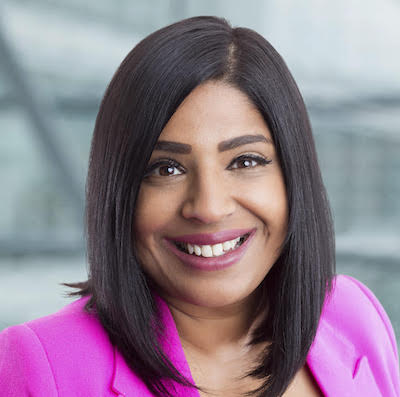 Commercial real estate lawyer Sunita Mahant makes a passionate business case for why diversity and inclusion should be a priority in her industry.

“It’s about productivity and being engaged. . . . If you have different perspectives around the table, you’re going to share different ideas,” says Mahant, the head of global initiatives, diversity, equity and inclusion at Ivanhoé Cambridge. “You’re going to capture that blind spot.

“You might have an idea from that person who has never felt they could express themselves and (now) they have a voice and that could be your next big idea.”

Mahant is the daughter of immigrants who made sacrifices for their family when they moved to Canada. Her role in fostering diversity allows her to pay that forward by creating opportunities into the future, she says.

She is also Ivanhoé Cambridge’s senior director, legal affairs, investment management, and in that capacity she recently was instrumental in negotiating her company’s lease with CIBC for 1.75 million square feet of space in Toronto’s signature CIBC SQUARE project.

Mahant credits her team and many mentors and supporters over her 14 years at Ivanhoé Cambridge with her success in the dual roles.

As a woman in the industry, she is still in the minority. Women make up only 36.7 per cent of commercial real estate professionals, according to the Commercial Real Estate Women (CREW) Network.

Mahant says the dial has been slow to move on women’s equality in her sector, particularly in senior leadership roles.

At Ivanhoé Cambridge, a gathering of about 80 women in 2018 to form the company’s women’s forum was the beginning of something important, says Mahant. She credits company CEO Nathalie Palladitcheff for being the kind of open-minded leader commercial real estate needs.

In 2020, Ivanhoé Cambridge decided diversity, equity and inclusion needed to be a business imperative for the company, both as an employer and as an investor.

Mahant took on the lead role as the company went through a process of examining its corporate culture through interviews, surveys and focus groups. In October 2021, the strategy was launched with a goal to cultivate an inclusive culture internally and, as an investor, to take on a role as an influencer.

“Our vision was choosing to invest in an inclusive future where we all belong,” says Mahant. “When you talk about engagement and being your best self and being productive — that’s all about belonging.”

Ivanhoé Cambridge, with more than 600 employees and an interest in more than 1,100 buildings worldwide, has a responsibility to influence the industry through procurement, investment and with whom it partners, she adds. 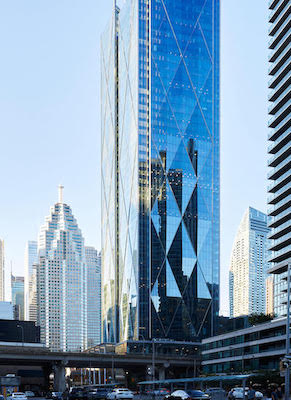 Mahant started at Ivanhoé Cambridge in the retail division. Then a female colleague who was Ivanhoé Cambridge’s general counsel offered her the chance to work on CIBC SQUARE, which was then called Bay Park Centre.

The development is a joint project between Ivanhoé Cambridge and Hines. The two towers, at 81 and 141 Bay St., comprise three million square feet of space. CIBC is the lead tenant.

Mahant says she was happy to discover one of the key negotiators on the CIBC side of the lease was a woman she knew.

“It took a lot of openness, patience and a lot of trust and understanding and curiosity because here we are building this huge transformational building in downtown Toronto. It changed the skyline and we had a great tenant partner with us at the table.”

She says the negotiations involved not merely needing to determine square footage needs for the bank, but how it was going to mobilize thousands of people into its new campus.

“The coolest thing is being able to feel the impact today. I work in that office now and CIBC is slowly moving in. That’s the cool thing about development – seeing something that comes from an idea and actually becomes something tangible.”

Mahant and her CIBC SQUARE team also had to navigate around the COVID-19 curveball. The pandemic and government orders to stop construction produced delays in the entire process.

“Your business team is looking to you and asking ‘So what do we do?’ I don’t think any lawyer in the country, in the world, had all the answers,” she recalled. “Humility was huge — being with your clients and your team and saying ‘I don’t know which way this is going to go, but we’re going to figure it out.’ ”

The disruptions are just an example of the overall disruption the commercial real estate industry is now experiencing. Mahant says her industry needs to stress diversity and inclusion even more as it confronts those challenges.

Real estate has to have a lens of inclusion, gathering different perspectives, as people change how they shop, work and socialize, she says.