Tech disruptors? Most CRE executives don’t get it 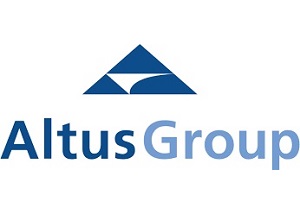 An Altus Group survey has found the majority of CRE executives don’t understand how tech disruptors could impact their industry.

“There’s a big disconnect between what you’re seeing actually on the ground in terms of technology and innovation, and then the level of understanding of what’s coming from the executives,” he told RENX.

The report was based on a survey of more than 400 commercial property executives globally at firms with assets under management of at least $320 million Cdn.

When it came to specific technologies, 35 per cent of respondents saw smart building tech as a major disruptor.

Only 28 per cent considered artificial or machine intelligence as disruptive to the industry, while 24 per cent felt big data and predictive analytics would cause upheaval. Only 18 per cent of respondents felt augmented and virtual reality would be a disruptor, while blockchain tech (15 per cent) and driverless vehicles (nine per cent), fared even lower on the list of tech concerns for CRE execs.

However, more than half of the respondents did believe major commercial real estate processes and workflows could be significantly or completely automated, suggesting there are dramatic changes taking place in the CRE industry.

Crook said some of the disruptive tech, such as blockchain — a decentralized digital ledger system — will require commercial property firms to manage and produce data in dramatically different ways, altering jobs and shifting the responsibilities of staff.

“I think it’s hard for them to imagine.”

“If you think of a corporate budgeting process, there’s a lot of people from different parts of the business who are providing different pieces of input and coordination . . . and those processes are really time-intensive,” he said.

For instance, many CRE firms are now under pressure to re-forecast their budgets quarterly, or monthly — rather than annually, he said.

Firms which are embracing new technology, however, are seeing dramatic benefits.

“It’s an incredibly powerful tool,” Rojek said of the program, which was co-developed with Microsoft.

He said it combines the knowledge of several hundred brokers and CRE specialists nationally, boosting speed, efficiency and access to contacts.

“The amount and quality of data in CRM+ is at the point where we are now able to extract very unique and valuable insights that would otherwise have been impossible to gain, by overlaying analysis tools,” he said.

“As an example, we recently combined extensive national office market data from CRM+ with law firm-specific information provided by a broker, and were able to produce extremely valuable insights for these firms with regard to their CRE,” he said.

“The kinds of information we have provided them with will directly influence many of these law firms’ CRE strategies moving forward.

“No other firm in Canada is in a position to provide this type of intelligence.”

Those who embrace tech will “win”

Rojek said Colliers’ use and understanding of the new data is still a “work in progress” and they’re just scratching the surface of potential other uses for the data.

He said Colliers is also becoming more active in augmented and virtual reality, smart building tech and in understanding how demographics and transportation tech will affect the CRE sector.

“How can you get the next deal faster? How can you ensure that you’re truly optimizing performance?” he said. “If companies are not going to adopt some of those technologies, they’re going to find it’s harder to compete for capital. The people who are doing it are going to generate higher returns.