Equity strategies to consider in the current market environment

The demand for residential despite interest rate hikes

Whether for rent or for sale, Canada needs to build more houses, and quickly. 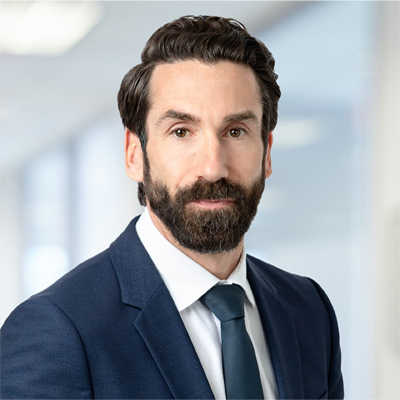 In April, the Canadian federal government announced its budget for 2022 with a much-needed focus on building homes over the next decade. Initiatives in the proposal included the launch of a new Housing Accelerator Fund of $4 billion to aid in speeding up housing development, which highlights the obvious demand for homes in this country.

Canada led the G7 in percentage population growth over the last five years (the 5.2% population growth is double that of the United States’ 2.6%). Canada added 1.8 million citizens between 2016-2021 and the federal government has plans to welcome 1.3 million immigrants over the next three years. This population growth is being achieved against the backdrop of a chronic housing supply shortage.  It was reported this year by Consumer Choice Centre that among the G7, Canada has the lowest average housing supply per capita with only 424 units per 1,000 people nationally, a ratio that is lower than it was five years ago. Of all the provinces, Ontario leads this disparity with only 398 units per 1,000 people – requiring 650,000 units to be built just to meet the national average.

With the recent increase in interest rates and construction cost inflation, some developers are taking a pause on launching new products, which will only exacerbate the supply imbalance and contribute to upward pressure on prices in the coming years. Whether for rent or for sale, Canada needs to build more houses, and quickly.

Following the impacts of the pandemic, a healthy and continuous inflow of immigration is crucial for Canada’s economic recovery and growth. Population growth will support a multitude of positive economic changes including demand for rental and for sale housing. This is especially true of Canada’s major urban centres such as Toronto, Vancouver, Montreal, Edmonton and Calgary. According to Statistics Canada, these major urban centres were the collective recipients of 70% of Canada’s new immigrants between 2011-2016, with Vancouver, Toronto and Edmonton as the cities with the highest immigrant retention rates. Supply of new housing, particularly in these cities, needs to keep pace.

Without meaningful industry and government policy changes to encourage supply of housing, Canadian residents and newcomers alike will continue to be priced out of major urban centres. While recent notable government policy shifts are occurring in Vancouver and Toronto to encourage additional density, slow and cumbersome entitlement and permit processes continue to inhibit supply. These prolonged processes drive up land prices as developers are forced to carry land for longer, costs which are ultimately passed onto the new home buyers. In response, developers are gravitating to suburban municipalities such as Burnaby, Surrey and Langley in British Columbia, and secondary markets including Barrie in Ontario, where permits can be accessed quickly, and the population is migrating to more affordable living.

As builders get their projects off the ground as quickly as municipalities will permit, Trez Capital is seeing an acceleration of trends which started pre-pandemic. The pandemic accelerated the hybrid and work-from-home models, and so, we are seeing growth in live-work units (residential properties built with office spaces).

Higher land prices are also a contributing factor to development trends. We are seeing an increase in multi-family properties being built in suburban peripheries, areas which were previously designated for single-family development. The Canada Mortgage and Housing Corporation reported that in markets such as Metro Vancouver, 90% of new housing starts are now multi-family.

What’s in store for the future?

Excess demand and lack of supply of housing units will continue to drive prices higher. As more would-be home buyers sit on the sidelines waiting for interest rates and prices to temper, additional pressure is being placed on the already strained rental inventory. Metro Vancouver is back to pre-pandemic vacancy lows of around 1.2% and Toronto is not far behind at 3.1% – and dropping. This is putting upward pressure on rents: year-over-year, the median rent for a one-bedroom unit in Vancouver is up 14% and up 17.6% for two-bedroom units according to the latest Zumper Canadian Rent Report. We are now at all-time highs for asking rents in Metro Vancouver. The solution to affordability, with the projected increase in population, is to build more homes as efficiently and quickly as possible. Now is not the time for developers and lenders to pause, rather, it is time to be part of the solution. There needs to be a call to action for builders, developers, investors, governments and lenders alike to accelerate the delivery of affordably priced housing units. Rest assured, there is no outlook for a slow-down in demand.

Eric Horie Senior Managing Director, Head of Origination, Canada, Trez Capital
Website: http://www.trezcapital.com Eric leads the Canadian origination team in sourcing commercial and multi-family mortgage loan and equity investment opportunities. He has over a decade of lending, underwriting and transactional experience, both in real estate and in diversified industry. Eric holds an MBA from the Richard Ivey School of Business.