The most profit potential will be with the reluctants 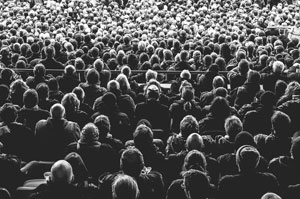 In 2015 I wrote a book called The Stackable Boomer. Here is a chapter.

If you take a look a few posts back we introduce the concept of the Pyramid of Boomerdom as a way to demographically segment Baby Boomers. The Affluentials sit at the top of the pyramid, and make up roughly 25% of the total population of Boomers. The development industry players are building luxury condo towers in most urban centres for this group, and they seem to be doing quite well at it.

After the Affluentials, using net worth as a measure, we find by far the largest sub-segment of Boomers. We call this group the Reluctants. The size of this sub-segment alone makes them potentially the most profitable when it comes to dollar volume for the housing industry.

The Reluctants don’t have the same spending power as the Affluentials, but there are twice as many of them in the North American population; a full 50% of the Boomers fall into this category. Depending on the source numbers you use, that means there are somewhere around 40 million Reluctants in the USA (and, using a 10%-ish rule of thumb for Canada, four million of them in Canada). Finding a way to satisfy the Reluctants with Multi-Family Housing (MFH) options that meet their needs and allay their fears will be a very lucrative undertaking.

They are markedly different from the Affluentials in that their decision to move to MFH is being made under duress.

They don’t have the home equity necessary to buy the condominium of their dreams, especially as they need a significant portion of the proceeds from the sale of their single-family home to finance other aspects of their retirement. With the money they have to spend on MFH, they are finding their choices rather limited. Of course this is not true in all markets, but in many major centers this is the pattern that seems to be developing.

One problem the Reluctants face is that most condos in their price range are being built for singles and couples at the beginning stages of life, not empty nesters who are trading down from a 3,000–5,000 square foot house in the suburbs. They can’t afford the condominium projects built for the Affluentials, with all those expensive upgrades, finishes, and luxury services, but they aren’t entirely comfortable moving into a tower where they will be the oldest residents, surrounded by renters or buyers who have just moved out of their parents’ basement for the very first time.

The Reluctants are therefore faced with two emotionally daunting issues.

First, they are discovering that they can only afford a condo with a much smaller footprint than they are accustomed to. According to a 2013 Toronto Star article about the condo market, Boomers are “shocked to discover how little is out there, and that they will have to pay almost as much as they hope to get for their house, but for half the space or less.” This is especially difficult to accept when, if they had the choice, they wouldn’t be moving from the single-family home at all.

Second, they are faced with living in a building where they will most definitely not fit in with the rest of the tribe.

Lifestyle will be, for the Reluctants, not the primary draw that it is for the Affluentials, but a nice consolation prize. “Well honey, I do miss the house and the yard and the old neighbourhood, but that pancake place on the corner is fantastic, and you enjoy your volunteer work at the food bank, so life is good and I love you.”

Given that the Reluctants aren’t happy about the prospect of leaving the old neighbourhood behind, it stands to reason that they will be prime prospects for MFH at revitalized suburban-urban nodes and nearby transit-oriented developments. The transition to MFH will be easier if they are only moving a few blocks away from the “old homestead”, as opposed to moving downtown into an entirely unfamiliar area. The Reluctants are likely to see downtown as a place that’s nice to visit for special occasions, but too big, expensive, and strange to consider living there full time.

One developer who has built projects specifically with the downsizing Reluctant Boomer in mind is Concert Properties. These projects have larger floor plans with minimal amenities and services, and are targeted at end-users specifically so that the building feels more like a collection of homes and less like an apartment full of renters. But even so, Catherine Diraison, Concert’s director of project sales for one such project, The Berczy, told the Toronto Star: “It’s really tough for developers to cater to the Boomer market in Toronto, given land prices that have skyrocketed in the last few years.” I don’t think this is a comment that is unique to Toronto.

See the opportunity? How can we build better MFH for Reluctant Boomers? With millions of them searching for something to suit their needs, this is a game-changing demographic movement we would do well to watch.

Any questions or comments are always welcome at [email protected], or in the comment fields below.