After issuing a record-setting amount of loans in 2017, private commercial mortgage lender Trez Capital has bold growth targets for 2018. 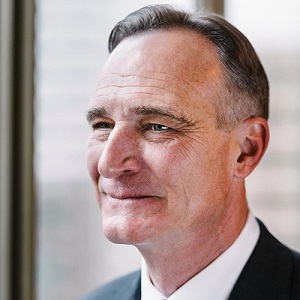 The Vancouver-based, non-bank lender issued $1.4 billion in loan authorizations and closings for its 2017 fiscal year, president Greg Vorwaller told RENX in an interview.

“As a number, that is the most that we recorded in any one of our prior fiscal periods,” he said.

Vorwaller said the company expects to smash its 2017 loan origination record this year.

He said about 58 per cent of Trez’s loans last year financed projects in the U.S., with the remainder in Canada.

Trez Capital provides property developers and owners with flexible short- to mid-term financing, while also packaging investment funds and assets for private and institutional investors. Loans typically range from $1 million to $35 million over terms of up to 36 months.

Launched by Morley Greene in 1997, Trez Capital says it has originated more than 1,200 commercial mortgages worth about $6.5 billion. It has offices in Vancouver, Toronto, Dallas and Palm Beach, Fla.

Its large volume of loan origination south of the border has been due to expanding its reach into the Dallas, Denver and Phoenix markets, as well into as large centres along the West Coast, Vorwaller said.

In Canada, the company likes Vancouver, Montreal, Toronto and Ottawa, he said.

“Here in Canada (the record year) had a lot to do with the rebuild of our origination platform, with a real sharpened focus on key borrowers or borrower prospects on key intermediaries in the market both here in Vancouver and in Toronto,” he said.

With the help of outside economic forecasting, Trez Capital has been scouring the largest 50 metro areas in the U.S., assessing the merits of financing projects based on local GDP, in-migration and job creation, Vorwaller said.

Vorwaller doesn’t expect the recent key lending rate increases in Canada and the U.S. to have much of influence on Trez’s lending.

“Just as you’ve seen the rate increases here in Canada, you’ve likewise seen the same in the U.S. and . . . we’re very cognizant of each of those moves,” Vorwaller said. “We still see the markets ripe with opportunity.”

“Using a baseball analogy, it would probably feel like we’re in the sixth or seventh inning, so we’ve got two to three more innings yet to go,” he said.

“What that means for us is, while we are encouraged by the pipeline of opportunity that we’re seeing at the beginning of this year, given the increased rate environment . . . that really reinforces the need for us to really hold true to prudent levels of underwriting.”

That prudence would ensure the projects they’re financing can withstand increases to their floating rates, he said.

Trez Capital targets most of its financing into the condo and townhome development and redevelopment market, while also lending into the purpose-built rental market. Vorwaller said the undersupply of for-sale and rental inventory in key Canadian and U.S. markets continues to support Trez’s comfort level in those sectors.

The company also channels loans into the industrial and office development and redevelopment markets, and to a lesser extent into the retail sector.

“We feel good about how we ended up last year and are very encouraged by what we’re seeing in the early stages of this new year,” Vorwaller said.