William Trudel started his real estate career in his early 20s when he bought a small, one-bedroo...

William Trudel started his real estate career in his early 20s when he bought a small, one-bedroom condo and rented it out. Flash-forward about 20 years later and Trudel Alliance, the Quebec City-based real estate investment firm he runs with his brother Jonathan, is now worth hundreds of millions of dollars. 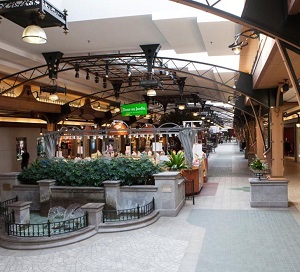 Trudel Alliance’s largest and most noteworthy acquisition came in July when it bought the 144-store Fleur de Lys shopping centre in Quebec City from KingSett Capital for $60 million.

Fleur de Lys was the first major shopping centre to be built in the Quebec City region and its 2.5 million square feet of space make it the largest site in the downtown area, Trudel says.

“It’s the first time that Quebec City business people have bought the asset to redevelop it.”

Trudel Alliance now has 27 properties across Quebec. William Trudel is president and CEO and Jonathan Trudel is executive vice-president.

However, it all began with the condo Trudel rented and then sold a year later for a good profit. With those funds he bought a three-unit property, lived in the basement for a few years and renovated the building.

By 2008, the Trudel brothers had amassed a number of residential rental units and warehouses. They sold the rentals in 2008 and decided to devote themselves instead to commercial, industrial and office real estate holdings.

“The goal was to use the knowledge that we had developed in doing our transactions to develop commercial, industrial and office real estate.”

In November 2017, after the Trudels had obtained several properties, they merged their real estate holdings with those of the Pomerleau family, which is behind the well-known Quebec construction firm of the same name.

Combining the assets of Trudel’s holdings and Pomerleau’s Espacium Société Immobilière led to the creation of Trudel Alliance, with commercial real estate holdings worth more than $100 million.

“I always said that our company would be worth $100 million before I turned 40,” Trudel says. The deal with Pomerleau helped him realize that goal two days before his 40th birthday.

“I was nervous; I thought I wouldn’t reach it.”

Trudel Alliance is part of a corporate structure headed by Trudel Corporation. There are two other divisions: Trudel Immeubles, which manages the Trudel buildings; and Trudel Construction, which builds and renovates some of its buildings. There are 50 full-time employees.

For its largest new acquisition, Fleur de Lys, Trudel is now involved in major consultations about the site’s future. The shopping centre contains Walmart, Sports Experts and a Maxi grocery store, among others, but is also home to large vacant spaces which formerly housed Sears and Hudson’s Bay stores.

In mid-October, the company will receive additional public comments when it opens a consultation area in a prime location in the mall.

So far, a major theme which has emerged is that people want the mall to stay. Since traffic is good, a large part of the mall will remain, but the former Sears and Hudson’s Bay stores will likely be redeveloped as mixed-use projects, Trudel says.

All mixed-use possibilities are on the table, including a hotel, home for seniors, condo units, rental units, offices and new store and restaurant concepts.

The site has high potential given its proximity to major highways, the Centre Vidéotron and the planned Grand Marché de Québec, a new public market.

Current zoning allows for five- to seven-storey buildings at the site but that could change once Quebec City conducts public consultations starting this fall to create a new master plan for the Wilfrid Hamel Boulevard area, which encompasses Fleur de Lys.

Trudel Alliance has also recently acquired two high-profile sites on Wilfrid Hamel Boulevard, 1950 and 5050, both of which it plans to redevelop in the next few years.

Trudel Alliance has no properties in the Montreal area but is actively looking and expansion outside Quebec is a possibility, Trudel says.

Meanwhile, the new goal is for Trudel Alliance to be worth $1 billion in 10 years “and we’re ahead,” he says, noting “in the first year since the creation of Trudel Alliance, we’ve made more than $100 million in new acquisitions.”