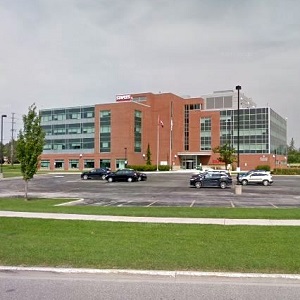 The Calgary acquisition, announced late Thursday, is a 148,000-square-foot building at 1020 68th Ave. Northeast in the Deerfoot North Business Centre.

True North says the Richmond Hill purchase price is approximately $33 million. It is funding the purchase through both proceeds from the REIT’s July 2018 public unit offering and a $21.5-million first mortgage at 3.95 per cent interest for a 10-year term. The acquisition is expected to close on Sept. 7.

The building is a five-storey, class-A office with 516 parking stalls. Situated on 10.33 acres, the property is in a prominent position at the corner of Staples Avenue and Leslie Street, with easy access to 400-series highways. It’s also fully serviced by transit systems including York Regional Transit, Viva and the Richmond Hill GO Train Station.

With a remaining lease term of 15 years, the building is fully occupied by Staples.

The Deerfoot North Business Park building is being purchased for $26,75 million, paid through cash and a $17.2-million first mortgage.

Located on an 11.06-acre site, the suburban property also includes 531 parking stalls. It is fully leased to a single tenant, General Dynamics, with a remaining term of 5.5 years.

The business park is in close proximity to downtown Calgary, as well as the city’s international airport.

The sale is expected to close on Sept. 14.

It is the latest in a series of purchases by True North, which closed its most recent offering in July, raising $57.5 million. True North has also deployed these proceeds to purchase:

– An office building at 80 Whitehall Dr., in the suburban GTA City of Markham. The 61,000-square-foot building has 199 parking stalls and is 100 per cent occupied by several tenants. It was purchased for $20.35 million, using both cash and a $12.3 million first mortgage;

The REIT still has agreements in place to purchase three other properties, totalling 100,000 square feet in Victoria and Ottawa (two properties). True North is continuing its due diligence on these properties.

These potential acquisitions were announced in July.

That announcement came on the heels of an earlier public offering, which raised $40 million in capital. It closed on March 1.

The REIT is focused on growing its portfolio principally through acquisitions across Canada and such other jurisdictions where opportunities exist.