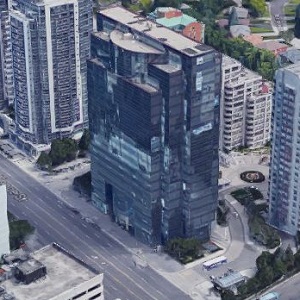 “We are extremely pleased to have successfully and fully deployed the proceeds from our March equity raise into this superior asset located in Toronto,” said Daniel Drimmer, the REIT’s president and chief executive officer.

True North had raised $40.3 million in equity during the March offering, which comprised about 6.325 million shares at $6.37 per unit.

“This acquisition demonstrates all the attributes the REIT is seeking in its acquisitions: strategically located next to a major transit hub allowing direct access for its tenants and visitors, high-quality tenancy anchored by the Province of Ontario, and a class-A facility with superior operational efficiencies.”

The closing of the acquisition is expected on or about June 6.

True North did not disclose the vendor. The building is listed on the Bentall Kennedy website, with several small spaces currently available for lease.

With an average remaining lease term of 4.3 years, 5775 Yonge is 92.4 per cent occupied, with 74 per cent of its revenue generated by government and credit-rated tenants.

Situated on 1.23 acres in North Toronto, the building fronts on to Yonge Street. It includes a “striking façade” spanning 18 storeys and in addition to the LEED certification, has also attained BOMA Best Level 3 certification.

Tenants have east access to multiple regional transit systems, including a direct underground connection to the Finch TTC Subway Station, GO Transit and York Region Transit/VIVA bus terminals. It is also easily accessible from the 400 series highways via Yonge Street and Finch Avenue.

Amenities in the building include restaurants, retail shopping and a fitness centre.

True North REIT is an unincorporated, open-ended real estate investment trust based in Ontario. The REIT currently owns and operates a portfolio of 40 commercial properties consisting of approximately 3.05 million square feet in urban and strategic secondary markets across Canada focusing on long term leases with government and credit-rated tenants.

The REIT is focused on growing its portfolio, principally through acquisitions, across Canada and such other jurisdictions.

In mid-day trading on the TSX, True North’s stock was largely unchanged — up a penny at $6.74.