Turn a negative into a positive

Mainstream media is quick to report the bad news in our world. We can’t ignore the negative but the creativity to turn these opportunities into a positive is available to us. 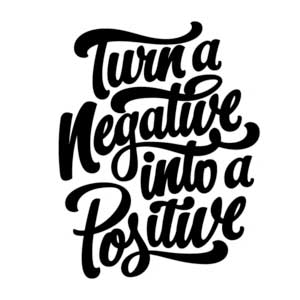 The recent announcement of American Apparel’s store closures across Canada will affect downtown Saskatoon where they occupy a large building on the 21st St pedestrian corridor.

To the public, this is just another sign of the struggle retailers are feeling in our slower economy. The events leading to American Apparel’s demise however have very little to do with our current economy and are more likely attributable to long term poor management at a high level.

One school of thought that occurred to me and a few agents this morning in our water cooler discussion was the opportunity this presents.

Retail vacancy across Saskatoon is quite low, including downtown where it sits at 3.8 per cent including this soon to be vacant American Apparel space. This is a very low percentage in any market where an equilibrium exists for tenants and landlords.

Traditionally it has been very difficult to find vacant space on this well tread lane downtown. In fact, in some instances, nationals with an interest in locating in the area have been shut out because of a lack of suitable options.

This large vacancy will represent a tremendous opportunity for one of those businesses that has been seeking real estate on one of downtown’s busiest streets.

Another recent example is the downsizing of one central downtown shop at the corner of 21stSt and 2nd Ave. The business is moving their downtown goods into an existing location elsewhere.

This vacancy was advertised a very short period of time and was immediately thereafter leased.

Details will emerge soon as to the next intended use, but it definitely backs up my theory of the opportunity turnovers present in this area of town.

While we’re hearing about closures or businesses struggling there is more often than not a much more complex reason for vacating a space. In this case, the tenant may have pulled the plug on the location for a number of reasons.

Ultimately it means a primo spot has opened up for a business who is confident they can make a go of it there.

Industrial vacancy remains relatively high in Saskatoon, approximately 10 per cent according to ICR’s most recent market research. There have been reports in our market of the effects of the global economic slowdowns with layoffs and downsizing.

This includes the Hitachi plant in Saskatoon’s north end industrial. The facilities are made up of a number of buildings and include substantial industrial zoned land.

The intentions for the site have yet to be announced but this large tract of land in an area where tenants and owners are land locked presents some interesting options.

I would not be surprised to hear the property gets subdivided and functionally obsolescent buildings are removed. The value of land in this area alone is considerable.

Long story short, the public perception of tenants or businesses vacating space does not hold the same value as it does for those of us in the real estate industry. We don’t believe it’s all doom and gloom and I’m not just us blowing smoke.

Commercial brokers, investors and owner users with imagination can utilize creative thinking in times like this to turn these challenges into something productive for our economy.

A quick glance in City archives proves that commercial real estate will change and adjust to market needs. Nobody said progress would be necessarily easy.